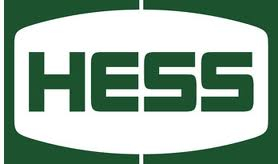 Hundred students in the coastal districts of Jomoro, Ellembele and Nzema East have been awarded scholarships into Senior High Schools, nursing training and vocational training institutions, under the Hess Ghana Scholars program in collaboration with the Ghana National Petroleum Corporation GNPC.

The scholarships cover the entire cost for the three programs including tuition, administrative fees, books, kits and uniforms.

The programme, which is in its second year, was developed in partnership with the GNPC in early 2011 to sponsor selected students in the three coastal districts of the Western Region to access secondary school education.

The programme also provides full sponsorship through the Eikwe Hospital in the Ellembele District for selected students to attend Nursing Training schools nationwide.

Speaking at the award ceremony at the Nsein Senior High School, the General Manager at Hess Ghana, Sandra Gentile, said the programme was investing in the next generation of Ghanaian leaders and innovators by giving promising scholars the opportunity to develop, grow and excel academically.

She said due to massive success and community acceptance of the programme, the number of scholarships for the 2013/2014 academic year was increased by 40% hence the 100 beneficiaries for this year from the previous number of seventy-one.

She noted that Hess was committed to being good corporate citizens hence the responsibility to create long-lasting and positive impact in the communities where they operate. “Corporate social responsibility is one of the core values for Hess globally,” she stated.

The Paramount Chief of Nsein Traditional Area, Awulae Agyefi Kwame, who chaired the ceremony, urged the beneficiaries to make use of the rare opportunity to build a solid foundation for themselves. He also commended the company for the initiative and reminded them of their duty to support the training of Ghanaians to actively participate in the booming oil and gas industry.

The Minister of Energy and Petroleum, who doubles as the MP for Ellembele, Emmanuel Armah Kofi Buah also commended the American exploration company for sustaining the programme and improving upon it.

He however reminded  companies operating in the country of their responsibility to improve the lives of the citizenry and stressed the need for a stronger collaboration with government to invest in its human resource, especially in the oil and gas industry, adding the Local Content Bill which will soon be passed will give impetus to this vision.