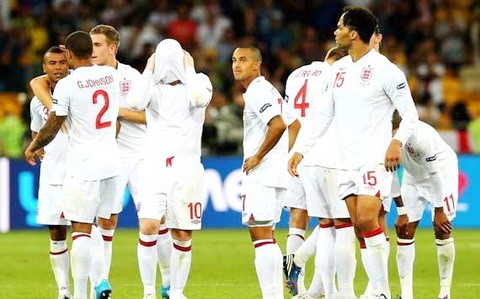 Michael Carrick, Andy Carroll and Kyle Walker have been left out of the 23-man England  squad named by Roy Hodgson for the 2014 FIFA World Cup Brazil™.Carrick has paid the price for a poor season with Manchester United while West Ham United striker Carroll has been named on the standby list after a season ravaged by injury. Tottenham Hotspur defender Walker misses out due to a pelvic injury.

As expected, teenage left-back Luke Shaw makes the cut ahead of Ashley Cole, who retired from international football on Sunday night after being told he had not made the squad. Rickie Lambert, who has scored 14 goals this season, gets the nod ahead of Carroll.

Former Tottenham striker Jermain Defoe, who now plays for Toronto FC, is only good enough for a place on the standby list. Carrick rejected the chance to be on the standby list for UEFA EURO 2012, but he has accepted the same position this time around. Carrick is joined in Hodgson’s contingency planning by Tom Cleverley, who has not made the 23 despite starting nine consecutive games under Hodgson at the start of the 2012/13 season.

Hodgson has selected just four strikers for the tournament in Brazil, which kicks off on 12 June. Wayne Rooney will be the leading striker, with Daniel Sturridge, Danny Welbeck and Lambert in support. Frank Lampard, 35, makes the cut, but otherwise there is a youthful look about England’s midfield selection.

Ross Barkley, 20, has been selected, alongside Liverpool teenager Raheem Sterling. Arsenal duo Alex Oxlade-Chamberlain and Jack Wilshere are in the 23 despite their recent injury concerns.

Adam Lallana, who has three caps, has been rewarded for a fine year with Southampton by being included. James Milner is also favoured ahead of the likes of Adam Johnson and Ashley Young – neither of whom made the squad or standby list.

* Squad lists are only official once they have been confirmed and published by FIFA on 16 May at 12:00 CET.