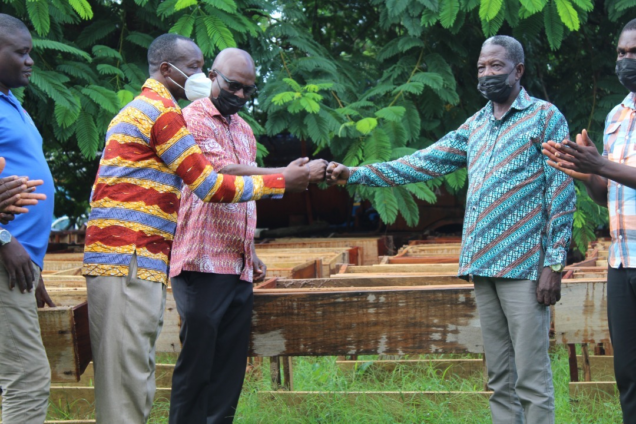 Seven teachers’ tables were also presented to the Directorate to enhance teaching and learning in the Municipality.

Mr Ofori who spoke to the Ghana News Agency (GNA) after the presentation, said the Assembly had put up classroom blocks in the Adabraka, Alavanyo Agorxoe and one at Fodome Amle, which were still under construction.

He said the desks would be used to fill up the newly built classroom blocks and the rest distributed to schools that were also in dire need.

The MCE urged the Directorate to make good use of the desks and ensure they were put to their intended use after distribution.

Mr Emmanuel Kwame Tsebie, Head of Planning Unit at the Municipal Education Directorate, who received the items, expressed gratitude to the MCE on behalf of the Director and the beneficiaries.