How airlines decide what fare you pay 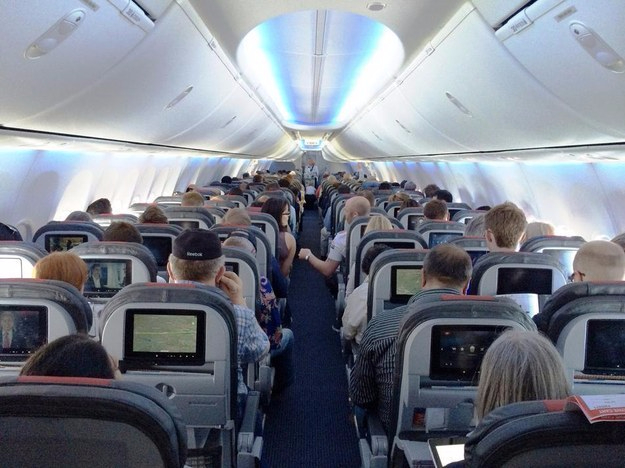 Costly baggage charges and overpriced in-flight food and drink helped the world's biggest airlines rake in an extra $26bn (£20bn) last year, it has been revealed.

But it is another US carrier – Spirit Airlines – that has truly built its business model around exhorbitant charges. It was named in the report as the airline more reliant on extras than any other, with 43.4 per cent of its revenue in 2015 coming from baggage and booking fees and the sale of in-flight refreshments. That’s up from 38.7 per cent on the previous year and will come as no surprise to anyone who has flown with it. The Florida-based airline is one of just a handful of carriers to charge for carry-on luggage, with fees rising from $35 (£27) if paid at the time of booking to $100 (£77) if paid at the airport gate, while its checked baggage fees range from $30 (£23) to $50 (£39).

Around 18 per cent of Spirit’s total revenue comes from baggage charges, 14 per cent from online and call centre fees, and four per cent from charges for assigned seating. It all amounts to $51.80 (£40) in ancillary revenue per passenger.

Ryanair is the fifth most reliant on extras, with 24 per cent of its revenue coming from sources excluding the airfare – a slight fall on last year, when it accounted for 24.6 per cent.

The top 10 is completed by two more US airlines (Allegiant and Alaska Air), two UK carriers (Jet2.com and Flybe), and one each from Hungary (Wizz Air), Mexico (Volaris), Australia (Jetstar) and Singapore (Tigerair).

It’s a very different list from when IdeaWorks launched its first report in 2008. Back then Allegiant was top, followed by Ryanair, while easyJet, Vueling, Germanwings, Aer Lingus, JerBlue, American and AirAsia were also present.

According to the report, which featured data from 67 airlines, revenue from extra charges has more than tripled since 2008.

However, while extra fees and charges are a bugbear of Telegraph Travel readers, who say they reduce transparency and make it harder to compare airfares, the report does not criticise the rise of what it calls the “a la carte” business model.

“A frugal consumer can fly with Spirit at minimal expense and add optional extras such as checked bags, seat assignments, and on-board treats. Consumers embrace these a la carte methods; what else would explain how Spirit has grown from 5.5 million passengers in 2008 to nearly 18 million in 2015?”

The success of airlines like Spirit and Ryanair is encouraging full service airlines to adopt similar methods too, it says: “Global leviathans like American, Delta and United are becoming unlikely practitioners by offering basic economy fares that mimic the a la carte approach.

“Regulators who criticise a la carte methods might pause to consider how the growing prevalence of seat-only fares is creating a new wave of deeply discounted options for consumers. The same highly competitive environment already exists within Europe with traditional brands like British Airways and Air France offering basic economy fares to compete with the likes of easyJet and Ryanair.”

And the trend can only continue, it concludes, particular with the growth of Norwegian: “The relentless onslaught by low cost carriers to offer rock-bottom fares combined with optional extras has entered a new era with the arrival of an airline that is upsetting the status quo on both sides of the Atlantic Ocean.

“Norwegian offers 41 nonstop routes from the US to London, Paris, Scandinavia, and the Caribbean; the carrier claims to provide more US routes than any other based in Europe. The airline has committed to add 50 new long haul Boeing 787 aircraft to London Gatwick in addition to other gateways. Norwegian didn’t place in the top ten rankings, but it did post very respectable ancillary revenue of $430 million for 2015. The airline, along with others such as Icelandair, Jetstar, and Scoot, is dedicated to an a la carte mission on long haul flights.”