How can two siblings be so different? 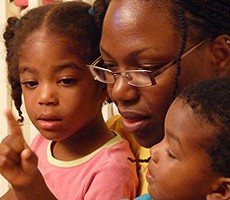 I vividly remember the first day of science class in ninth-grade when my teacher took attendance. Five years prior he had the privilege of having my recalcitrant older brother in class—let’s just say my brother is not invited to reunions of that school.

When the teacher reached my name he lifted his gaze from the list and looked me in the eyes asking “are you the brother of Moshe?” I will never forget his response when I answered in the affirmative. He nodded his head ever so slightly and uttered the word “oh”. At that moment I knew that I was not going to do well in that class—I was right.

One of the most fascinating observations of siblings noted by parents and substantiated by scientific literature is how different than each other siblings can often be in many aspects of personality, intelligence, and achievements.

The fascinating question is: How can two siblings be so different from one another? This question is particularly interesting considering the genetic similarity between siblings and the fact that often these differences are found in siblings born and raised in the same family.

Several potential explanations have been suggested to account for these sibling differences. For example, although two siblings living in the same home share many experiences, there is a significant part of the environment that siblings do not share. Individual friendships of each sibling, their different peer groups, interactions with teachers, or unique experiences that occur to one of the siblings may explain why siblings turn out differently.

Another possibility that may explain differences between siblings is referred to as sibling deidentification which is when children actively choose to follow a path that is strikingly different than the path pursued by their siblings. Siblings may actively strive to create differences between themselves in order to defend against sibling rivalry. Conflict is more common when two protagonists are alike. When two siblings are similar, each sibling’s sense of self may be threatened by the competition leading to conflict. In an attempt to minimize this potential for conflict, siblings may actively pursue different paths in order to highlight the differences between them and as a result minimize the rivalry.

Although sibling deidentification is a healthy process for children to explore some overzealous mothers decide to impose deidentification on their children in order to alleviate future rivalry between children. These are the parents who insist that the oldest child must be the academic while the second child will be the athletic one so that they each feel good about themselves. Parents trying to craft their child’s identity are asking for trouble. Children should be allowed to develop based on their own personality and potential, let them worry about how they choose to deidentify.

When parents do see siblings deidentifying they should make sure to classify this divergence between siblings as representing differences between siblings as opposed to superiority and inferiority between siblings. Studies have indicated that children may experience lower self-esteem after sensing that their mothers consider them to be less gifted than their older siblings. Sibling deidentification may be a premeditated adaptive process helping to minimize sibling rivalry. However, if the deidentification process is labeled as a divergence between the virtuous sibling and the substandard sibling the process will obviously not fulfill its potential adaptive goal.

Aside from how important it is for parents to be aware of sibling deidentification dynamics, teachers servicing multiple siblings from the same family should use this idea to provide the full range of educational opportunities for each child. Often teachers are guilty of prejudice toward a younger sibling based on the teacher’s experiences in years prior with an older sibling.

Siblings will be different than one another and allowing them to express their individuality can prevent the next “F” in science class.