How Vodafone Ghana is connecting people to critical services – one ultrasound at a time - MyJoyOnline.com 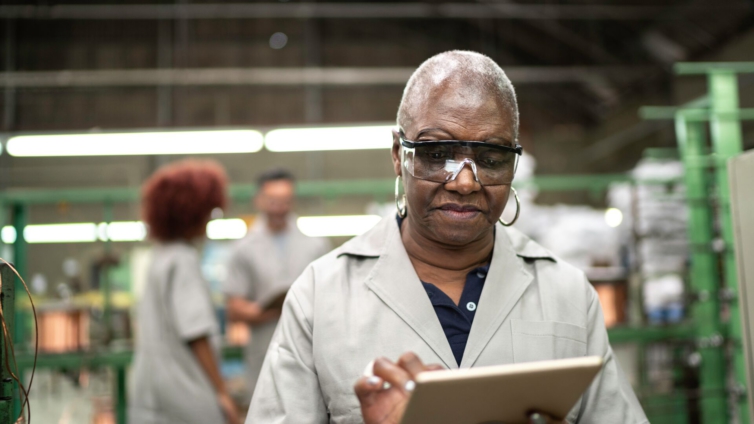 Thirteen weeks and six days – that’s how far long Charity Offei, 19, was when she found out she was pregnant with her first child during her first-ever ultrasound scan.

Charity, who helps her mother sell goods at a local market in Ghana, would not ordinarily have had access to prenatal care. She lives in a village, and the only way of getting around is jumping on a motorbike – the closest government hospital is almost two hours away.

“The roads aren’t good,” she says.

Her very first ultrasound scan was made possible through a partnership between the Divine Mother and Child Foundation (DMAC), a Ghanaian non-profit that focuses on maternal health, and Vodafone.

For Charity, it only took 30 minutes on a motorbike to get to the village health clinic where a portable ultrasound scanner, that fits into a backpack, is brought in by DMAC. Most villages have a clinic that can only provide basic services for pregnant mothers, and not all the larger district hospitals have ultrasound equipment.

When she has her baby, Charity will be among the more than 20,000 mothers in the remote villages of Eastern Ghana who have received free, mobile ultrasound scan services through the programme since 2015.

The success of the programme, which has been expanded beyond Eastern Ghana, is an example of how engagement with digital health services is on the rise across Africa, creating possibilities in using technology to overcome healthcare challenges.

This was a key finding of an e-health policy paper recently released by Vodacom, Vodafone and Safaricom as part of the Africa.connected campaign, which aims to accelerate economic recovery across the continent by helping drive digital inclusion. The first of a series of six policy papers, the e-health paper provides key insights around the role of technology in elevating the healthcare sector in Africa.

Edmund Duodu, the programme director for DMAC, says that many women in Ghana, particularly in underserved communities, do not have access to prenatal or antenatal care. However, thanks to DMAC’s partnership with the Vodafone Ghana Foundation, access is being improved and lives are being saved, one ultrasound at a time.

“A woman – who thought she was still pregnant – found out that her baby was no longer alive, and the foetus was starting to decay; straight after her ultrasound, we got her to a hospital. The doctors said that she was one day away from death,” says Edmund. The free ultrasounds have also detected twins, fibroids, incomplete abortions, developmental issues like spina bifida, and babies in breach position. But most of the time, all the women want to know is if it’s a boy or a girl.

The World Health Organisation recommends that pregnant women should get antenatal care, have a skilled healthcare worker such as a midwife at the birth, and they should have their first postnatal care within the first 24 hours after birth. Unfortunately for many of Ghana’s under-served communities, none of this is possible.

The vision of the Africa.connected campaign is to forge strategic partnerships to connect more people on the continent to critical services and build an inclusive, sustainable future. Free ultrasounds are one such initiative addressing the needs of pregnant, under-served women while harnessing the power of portable, life-saving technology.

For Charity, who would never have had access to pre or antenatal care, a free mobile ultrasound has made a significant difference in her life.

“Thirteen weeks plus six days – that’s what the scan said when I saw it. I don’t know how to calculate it in weeks, only the months,” says Charity. “I was surprised, but also happy. The doctor told me to see the midwife often; he said the baby is active and is doing well.”

“It is clear from stories like Charity’s that the digital health solutions are critical for the people of Ghana, especially those in the most rural parts of the country” says Patricia Obo-Nai Chief Executive Officer of Vodafone Ghana. “We believe in partnerships between the public and private sectors to accelerate access for all to digital healthcare as we continue to use technology to transform our communities.”