‘I almost got married but…’ – Rita Dominic 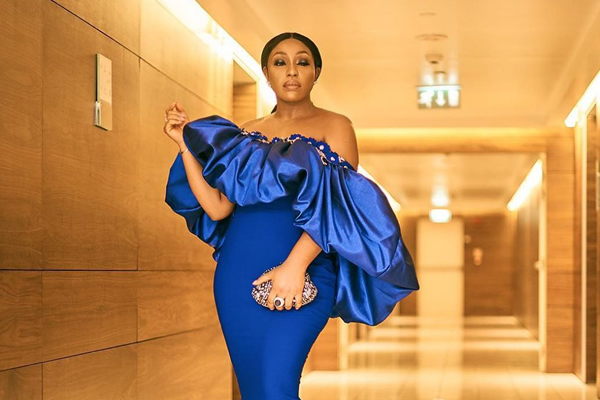 Much of Nollywood A-list actress, Rita Dominic’s love life has been shrouded in secrecy but what remains a fact is that at 44, she’s still single and without a child.

The media may be a bit wet behind the ears because Rita wouldn’t on her last buck give them a chance.

She had once named them as the nemesis behind the frailty of her romantic love expedition.

Unlike many in her shoes who have resigned to fate and dressed up their inability to hook a life partner in the illusion of feminism, Rita actually desired to marry but the story has been that of near misses.

“At the end of the day if I am going to do it, I’m going to do it for myself not because the society wants me to,” she had said in a television interview with the TVC ‘Your View’ crew.

“I have always said I would marry the man of my dream, not the man society dreams for me. The society finds something wrong with you when you are of certain age and you are not married. But I think it’s the society that something is wrong with for wanting someone to do something on its own terms and not on the person’s own terms.

“I almost got married to someone. We were there, it almost happened. But I’m kind of happy it didn’t happen because there were signs that it would not have worked out well, the signs were there, I just ignored it but I’m happy it didn’t happen. A grown-up man cannot change. There’s always a feeling you could change someone but changing an adult is difficult,” she quipped.

In the interview, she admitted she’s not exactly a Cinderella that can’t be faulted. She has her faults and was ladylike about them.

“I can be erratic. I can be unpredictable and I used to be hot-tempered,” she said.

There have been a few men in her life, or so rumour has it. Jim Iyke is on top of the list. So is footballer John Mikel Obi and actor John Dumelo of Ghana.

Rumour has even pointed out that Mikel was the mystery man that almost married the delectable actress as one of Mikel’s aides allegedly claimed that he had got a wedding ring for the couple. Of course, all the sweet, romantic stories had no ending.

At 44 Rita is still waiting for the man of her dream.

DISCLAIMER: The Views, Comments, Opinions, Contributions and Statements made by Readers and Contributors on this platform do not necessarily represent the views or policy of Multimedia Group Limited.
Tags:
Marriage
Rita Dominic