I chose music over school because I struggled to pay my fees - AMG Armani - MyJoyOnline.com 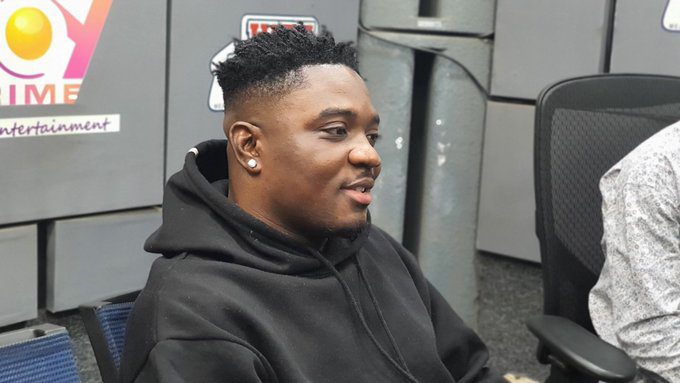 Rapper and record producer, AMG Armani, has explained why he could not graduate successfully from Central University, even though he had less than a year to complete.

He disclosed how tough life was for him, unlike some of his peers at the tertiary level, due to financial constraints.

According to the ‘Don’t Try’ singer, that always made him feel unease.

“At this point, I feel it is pulling me ahead of some of my peers whom I started with because they got adequate parental support at ease, but I didn’t have, so I had to hustle for things on my own.”

“At level 300 or 400, I was paying for my own fees. I was doing everything on my own, so it got to a point I felt I had to choose between music and completing school, but the school wasn’t easy, so I had to drop out to focus on music,” he recounted on the Daybreak Hitz.

Although his parents are living, Armani did not receive the needed parental backing for what he attributes to his own stubbornness.

He admitted, “My parents didn’t back off. I was stubborn. Initially, they didn’t support my music, but now they do.”

AMG Business is one of the richest record labels in the country, and Armani is one of their most prized artistes.

He has hit songs like ‘Maabena’ and ‘Bye Bye Poverty’ that earned him credibility and acceptance among his fans and music lovers.