I did not go to Kumasi Anglican SHS to campaign - Nana Boakye - MyJoyOnline.com 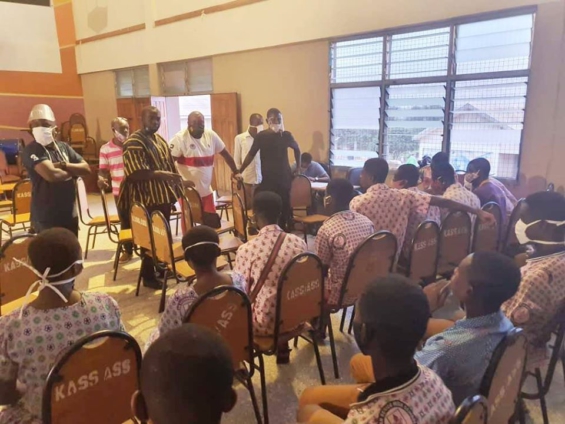 The NPP’s National Youth Organiser says he did not visit Kumasi Anglican SHS in the Ashanti Region to campaign as a viral picture circulated on social media suggests.

Henry Nana Boakye told the host of Joy FM’s Super Morning Show Thursday that, “I have never campaigned on any campus. There was no form of campaigning. I did not campaign there.”

The picture showed him was in a classroom with students from Kumasi Anglican SHS. He, however, refuted this claim.

“In the picture you saw, it was not a classroom. It was where the registration process was going on. It was their assembly hall,” the stressed.

Nana Boakye explained that he only went to the school to monitor the registration exercise eligible students were participating in.

He said that as he is officially accredited by the Electoral Commission, and assigned by his party, to monitor the registration process on campuses.

“I was officially accredited by the Electoral Commission and the party also assigned me,” he said.

Nana Boakye added that while monitoring the ongoing exercise, he observed social distancing protocols that the Ghana Education Service has set.

According to him, the Regional Secretary for the National Democratic Congress was also present at the school’s campus monitoring the registration process.