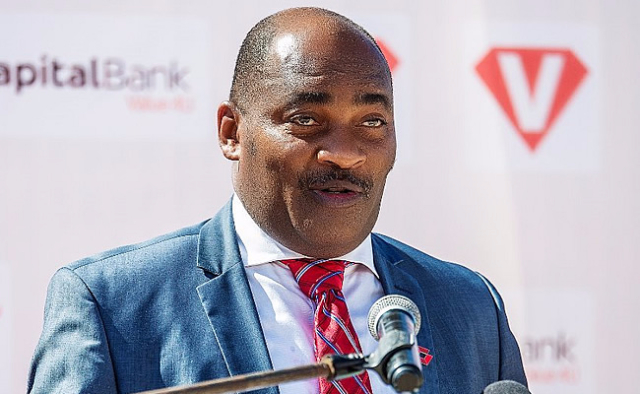 The former Managing Director (MD) of defunct Capital Bank, Reverend Fitzgerald Odonkor, has told an Accra High Court he did not assist the founder of the institution William Ato Essien in taking money from the bank.

“I say that I have not abetted the 1st Accused in taking money of Capital Bank as alleged, I only acted as an employee of Capital Bank which executes decisions of the Board to the best of my ability”, he stated.

Reverend Odonkor, together with the bank’s founder William Ato Essien and businessman Dr Tetteh Nettey, have been slapped with 26 charges, including stealing various sums worth over ¢260 million.

State Prosecutors allege that between June 2015 and October 2016, William Ato Essien, with the support of Rev. Odonkor, appropriated a total of ¢27.5 million of the liquidity support, which was conveyed in jute bags.

Mr Essien is said to have further taken money given to the bank as liquidity support by causing ¢100 million to be paid into a Capital Bank Account held by the Managing Directors of the following three companies; Maripoma Enterprise Limited, Hardwick Limited and Volta Impex Enterprise Limited opened purposely to receive the amount.

The ¢100 million was to be used by the Managing Director of the three companies ostensibly as payment for 30% shares in Capital Bank.

The state says as part of the cover-up of this act, Mr Essien prevailed on the Managing Director of the companies to submit copies of Government Payment Certificates of the three companies valued at ¢135million to be discounted to ¢105 million by Capital Bank to be used as collateral for the purported loan of ¢100 million.

Rev. Odonkor told the court the Capital Bank Board approved these certificates.

“I say with regard to Discounting of Certificates of Maripoma, Volta Impex and Hardwick; the transaction for capitalization was approved by the Board. Management went ahead to verify the certificates from the Ministry of Finance and Urban Roads,“ he explained.

He stated further that he has never signed any cheque or transfer instrument “regarding the matters” for which he has been charged in court.

“I say that I am not guilty of any of the charges against me,” he concluded.

The case has been adjourned to April 28, 2022, for continuation.