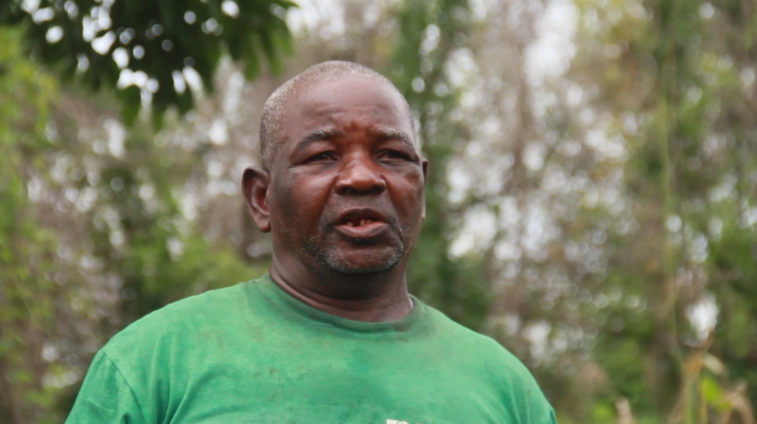 A 74-year-old farmer in the Kintampo North Municipality, Wuniba Ubondo, has underscored the importance of farming as a single most effective enterprise to guarantee food security.

The farmer, for over 50 years, has dedicated himself to tilling the land from which he provides the needs of his family, including what he missed, as a child — education.

Wuniba discounts any claim that farming is unprofitable in Ghana.

“Anybody who claims that farming is not profitable does not know what they are talking about.”

Age, they say, is just a number and for Wuniba’s engagement on the farm, the figure poses no challenge but paybacks as he recalls his achievements.

“I have achieved a lot from the farm. I have built a house in Kintampo and Mpaso village out of the farm proceeds. I also eat fresh food from my farm without buying,” he said.

In the past, when parents were compelled to send their children to school, Wuniba’s father kept them in the bush from dawn to dusk to stop them from going to school.

According to the 74-year-old, though his father denied him the opportunity for formal education, he would not allow that to shatter his hopes as he found pleasant solace in farming.

The farmer said he will remain committed to the farm every day, for the rest of his life, but, believes he would have become a great person had he been educated.

He is therefore determined not to allow his children to suffer the fate of losing out on schooling; he has, through farming, seen them through up to the tertiary level. That, for him, is enough prove farming is profitable.

“I have invested in the education of my children from what I gained on the farm.”

He indicated that the eldest among his children has completed training college while two others have completed Senior High School.

“There are four other young ones too that I’m taking care of their education with profit from the farm,” he noted.

The 74-year-old farmer harvests about 4,000 tubers of yam together with other crops every year and has never bought food outside for the family because there is always enough from his farm.

“I harvest about 4 thousand tubers of yam. There is another Farm at Asimakodaa, which is 10 acres of land and five acres just by the roadside around the mountainside. I go there when I’m unable to get here early, for family consumption.

The farmer is of the view that everyone deserves an opportunity to decide a career path so he will not force his children to venture into farming even though his children do help him on the farm on weekends.

“I won’t ask them to join me on the farming. It is said that “one business is never business”, so as they are from different walks of life, I will support them while I keep mine.

At least we can always support each other in terms of struggle. Now they are educated, the government should provide them jobs to do,” he voiced.

Poor roads remain a challenge to Wuniba and his colleagues in the area as the nature of the road prevents them from transporting their farm produce to market centers on time.

Until these challenges are addressed, they will continue to suffer post-harvest losses.