I have had unprotected sex with 300 women - Wanlov the Kubolor - MyJoyOnline.com

I have had unprotected sex with 300 women – Wanlov the Kubolor 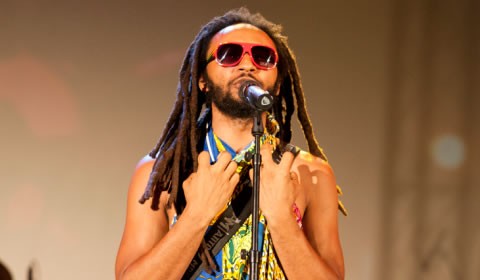 Controversial Ghanaian Pidgin rapper Wanlov the Kubolor has granted yet another mind-boggling interview with television presenter Delay, during which he disclosed that he has four children with four different women.

Kubolor also said he currently has active sex mates numbering between 10 and 15 and that he has over the years had unprotected sex with some 300 different women.

Speaking on the rebranded Delay Show on Viasat 1 last Friday, Wanlov said though he had heard all the education about HIV, he preferred to have unprotected sex because he did not enjoy using condoms.

“I have heard about HIV but I do not think about it just like I always walk bare footed and I do not think of the possibility of something piercing or cutting my feet.”

Interestingly, the musician said he had not performed any marital rites for any of the four women who had children for him.

He explained: “For me, I don’t believe in the concept of marriage. I am not moved by external pressure where I have to hold a ceremony in the presence of some people to prove a bond between my wife and I.

“I don’t see such things as important. I know the child we have together is more powerful than ring, marriage, customs and all that. My focus is how to cater for my wife and child in a responsible way.

“My criteria for a woman who will carry my baby is someone who has a good heart and loves people. I select the women who I want to give birth for me. None was by accident.”

Wanlov said three of his ‘wives’ were outside Ghana studying midwifery but one was in Ghana working as a fruit seller at Dzorwulu in Accra.

When asked by Delay whether he was living an exemplary life as a role model to several young persons, Wanlov expressed shock he was being considered as a role model.