I never asked fishermen to engage in ‘saiko’ – Fisheries Minister 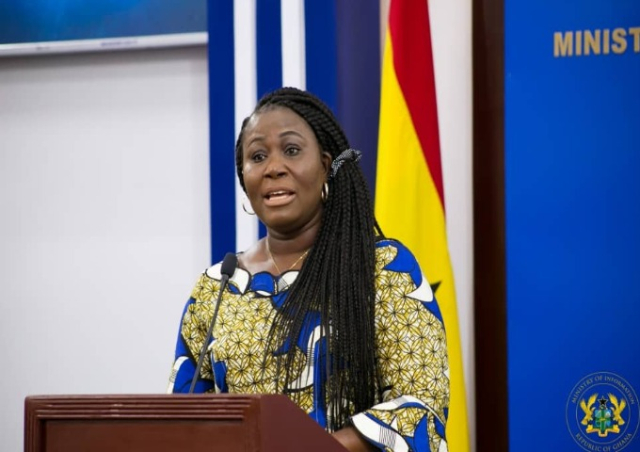 The Minister of Fisheries and Aquaculture Development, Madam Elizabeth Afoley Quaye, has refuted claims that she had purportedly encouraged a group of fishermen to undertake illegal fishing activity popularly known as “saiko”.

In October last year, reports emerged that the Minister in a closed-door meeting with some selected fishermen had given the green light for them to engage in the illegal practice.

However, reacting to the reports almost a year later, the sector Minister debunked the reports and called for better training for media practitioners on fishing to equip them with the right skills to enhance their reportage on the sector.

Speaking at a close session of a three-day National Conference on Fisheries and Coastal Environment in Accra, Madam Afoley Quaye said: “My focus has always been to ensure that there is a revamp of stocks, and there is sanitization of the fishery sector.

“But being accused of going to talk to fishermen to go back and do saiko when I know that it is the juvenile fishes that they are harvesting which is also causing the dwindling of our stocks, I couldn’t have done that,” she stated.

She therefore called for collaborative efforts between stakeholders and urged fishermen to police each other to help regulate the sector and flush out illegal fisher folks.

She said the public should commend the Ministry for the policies it had initiated to ensure a revamp of the sector.

Madam Afoley Quaye said for 17 years after the passage of the Fisheries Act, the Closed Season was never implemented, especially for all fleets; a situation she noted had had an immense adverse effect on the dwindling of fish stock and the industry at large.

“It was not until 2016 that the trawler sector started implementing their closed season. But this year by the vision and focus of the Ministry of Fisheries we have been able to get the artisanal sector to also do a Closed Season and I think this is worth applauding by the media that the vision of government has been very clear for the fishery sector”.

While applauding sector partners, Madam Afoley Quaye said programmes such as the Sustainable Fisheries Management Project (SFMP), led by the University of Rhode and the Coastal Resources Centre, had contributed over the years to the building of local stakeholder institutions.

She said the Ministry was ready to work with all stakeholders by providing leadership in the transformation of the fisheries sector to achieve national food security, create employment and eliminate poverty.

Madam Janean Davis, Acting Deputy Mission Director, USAID-Ghana, on her part called for a sustained political will and stakeholder engagement in the implementation of the closed fishing seasons to ensure that the country reaps its full gains.

She commended the government for the application of scientific data in making informed decisions, strengthening stakeholder engagement and improving policy environment.

Madam Davis expressed the United States’ commitment through collaboration and provision of technical assistance to ensure that the sector was revamped and reinvigorated and to put the country’s fisheries on the path of sustainability and profitability.

The conference was held on the theme: “Fisheries and Coastal Governance in Contemporary times.”