'I should have squeezed them harder' - Rawlings after allegedly squeezing Bede Ziedeng’s testicles - MyJoyOnline.com 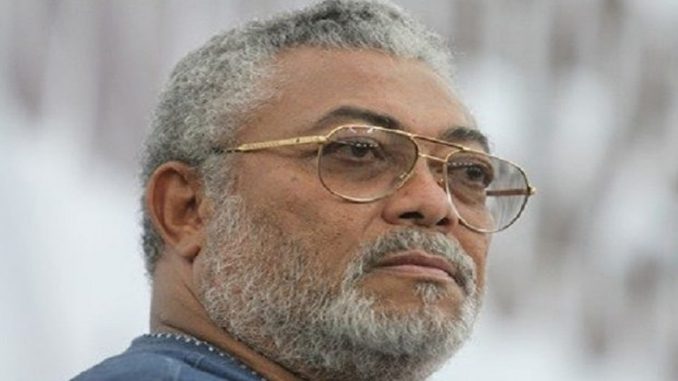 Prof Kwamena Awhoi has quoted former President Jerry John Rawlings as saying “I should have squeezed them harder” when confronted about the alleged assault on then National Democratic Congress (NDC) National Executive Bede Ziedeng.

The incident according to the former Local Government Minister, has been christened “Abobo Ntowhe Affair” which also means “the Crusher of Testicles Affair”.

This is contained in a book authored by Prof. Awhoi titled “Working with Rawlings”.

Pages 198 to 209 of the book deals with Rawlings’ support of then-candidate Prof Evans Mills in 2002.

It was also during the time when the NDC was electing National Executives.

It was the congress that elected Dr. Obed Asamoah as National Chairman with a single vote victory over Alhaji Mahama Idrissu.

Bede Ziedeng was at the time a member of the party’s Elections Committee.

Prof. Awhoi in his book, described Mr. Bede as “a rabid Obed Asamoah supporter and by extension an anti-Mills person”.

He recalled the incident nearly caused Bede to leave the NDC.

“On the congress day, Bede and the other party members formed a human chain on the two sides of the entrance to the Congress Hall to provide a kind of protection to the VVIPs as they entered.

“As Bede tells it when Rawlings and his entourage got to the entrance and the crowd surged forward to acknowledge their hero, Rawlings got hold of his testicles and squeezed them hard, so hard that he believes he fainted.

“When he recovered, he was outside the Congress Hall and people were fanning him.”

Prof. Awhoi said he confronted the former President on the matter but he laughed over it, stating “I should have squeezed them harder”.

Meanwhile, former President Rawlings has issued a statement saying he will respond to all the allegations by Prof. Ahwoi in due time.