I staked ¢10k in betting but won only ¢200 the whole of last year – Former UG student - MyJoyOnline.com 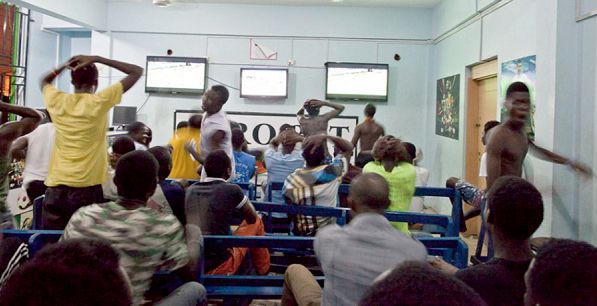 A former student of the University of Ghana has opened up on how his addiction to gambling, particularly sports betting has cost him thousands of cedis.

He stated that after punting for eight years he had little show for it and decided to part ways with the venture two weeks ago.

“Last year, I spent almost ₵10,000 on betting and I won only ₵200. That was when I realised that betting was a way for the white man to cripple the African youth so that the youth wouldn’t have a better future.”

“Because per my calculations, if I am to combine the monies I have spent [on betting in eight years], it would be more than the GDP of Ghana,” he said.

Issues concerning betting came into the limelight after management of Kwame Nkrumah University of Science and Technology disclosed that some students used their school fees for ventures including betting.

The revelation was after about 6000 students were deferred by the University for owing more than 70 per cent of school fees.

The news generated a lot of reactions on both mainstream and social media.

Speaking on JoyNews’ The Probe, the former UG student said he went into betting to generate income for his upkeep in his four-year stay in school.

However, the addictive venture became an avenue that robbed him of his little money.

“Activities such as going to the stadium and entertaining myself is not the responsibility of my father, so I had to get that money by myself and since I didn’t want to steal I invested it into betting.

“But I wasn’t lucky, my friends too weren’t lucky,” he recounted.

Mr Anaab Ali says he has not staked any bet in two weeks and hopes it stays that way forever.