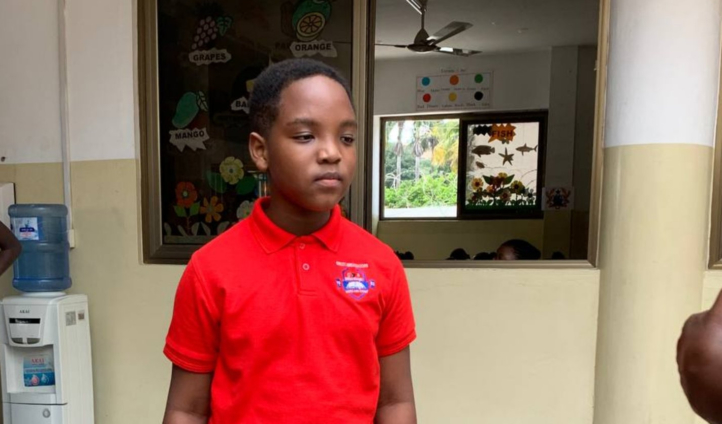 The nine-year-old boy behind the tall list of ‘Our Day’ items trending on Twitter has disclosed that he wants to be an actor in future.

Speaking to JoyNews’ Maxwell Agbagba, Oswald Gennuh stated that he is inspired to pursue a career in acting each time he watches people in movies.

“When I watch movies, I see a lot of people acting. So I want to try it too,” he said.

Oswald became the talk of the town after a wishlist of our day items to his mum found its way on Twitter.

The list dated July 29, 2021, was titled “Things to bring on our day.” It also had side reminders alerting his mum “to read every tiny note.”

The items aptly detailed by Master Oswald – with the aid of diagrams – included biscuits, drinks, and communication of a said waiver by his teacher to allow him to use his iPad device in class, just for the occasion.

He also requested his favourite teacher, Mrs Appiah, to get “one big coke.”

His mum, Rita Gennuh, explained that he had adopted that mode of reminding her of things with letters since she had a habit of “deliberately” forgetting things.

“Oswald is particular when he wants things, and also, I have a habit of telling him ‘I have forgotten’ anytime he asks for certain things.

“I kept doing that for some time, and now anytime he wants something, he would write it. So when I come back to tell him that I have forgotten, then he pulls the paper up that ‘Mummy he wrote it,” she said.

With gifts (items on his request list) pouring in from individuals and companies who promised to make the day memorable, the boy admitted that this was the best “our day” he ever had.