I welcome all suggestions for fighting ‘galamsey’ in Ghana – Abu Jinapor 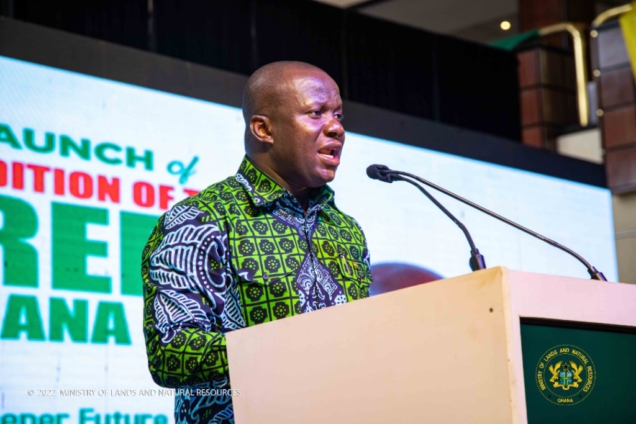 The Minister for Lands and Natural Resources, Samuel Abu Jinapor, says he welcomes the numerous suggestions from stakeholders on how to combat illegal mining in Ghana.

Speaking in an interview with Samson Lardy Anyenini on Newsfile on Saturday, he reiterated that government has done a lot in making galamsey a thing of the past.

In this regard, he stated that over the period, a series of measures have been put in place to clamp down on illegal miners and bring their activities to a halt.

Noting the gains made, he expressed readiness to embrace all the suggestions to strengthen the fight against the canker.

He added: “A good deal of work has gone into this matter of small scale mining; and we have been dealing with this matter from a two-pronged approach. From a reformative approach and law enforcement approach. They must go hand in hand”.

He however added that, despite the illegalities within the sector, a cautious approach must be employed in addressing the the said challenges.

According to him, small scale mining constitutes 40% of the country’s local gold produce.

In view of this, he said even though illegal mining (galamsey) has unfortunately crept in the small scale mining sector, efforts to eliminate ‘galamsey’ must not affect the proceeds from the sector.

Mr. Jinapor’s comments come at a time when public sentiments about ‘galamsey’ have resurfaced, following the arrest of notorious kingpin, Aisha Huang.

Her latest arrest rekindled the conversation about illegal mining and the complicity of government officials in the act.

They will however appear in court on September 27.

DISCLAIMER: The Views, Comments, Opinions, Contributions and Statements made by Readers and Contributors on this platform do not necessarily represent the views or policy of Multimedia Group Limited.
Tags:
Aisha Huang
Galamsey
Illegal mining
Newsfile
Samuel Abu Jinapor