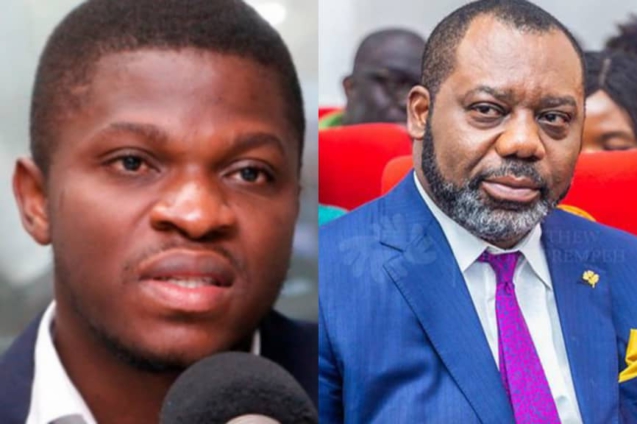 The National Communication Officer of the National Democratic Congress (NDC), Sammy Gyamfi says he will appeal a court decision asking him to pay an amount of GH¢500,000 as damages for defamatory comments against Manhyia South MP, Matthew Opoku Prempeh, a.k.a NAPO.

In a Facebook post on Thursday, the NDC spokesperson said he is unhappy with the court’s ruling, hence his decision to appeal against it.

According to him, the judgement by the Court for him to pay the said amount constitutes an error.

“After three years of litigation, the court today held that the said comment was defamatory and consequently awarded damages of GHC500,000.00 and cost of GH50,000.00 against me … It is my considered view that the honorable court erred as its decision is contrary to the evidence that was put before the court.

Consequently, my lawyers will be filing a notice of appeal and an application for stay of execution to challenge the decision of the High Court forthwith. It’s my hope that justice will be served”, portions of the statement read.

In 2019, Member of Parliament for the Manhyia South Constituency, Matthew Opoku Prempeh, filed a defamation suit against Sammy Gyamfi over a comment he made during a press conference.

The said press conference was to debunk allegations by some elements in the New Patriotic Party that the kidnapping of some Canadian girls was masterminded by the National Chairman of the NDC, Samuel Ofosu Ampofo.

At the said presser, Mr Gyamfi noted that the actual ring leader in the crime was an ‘errand boy’ for the Manhyia South MP, who denied the allegation.

The assertion offended the MP, hence he filed a defamation suit against Sammy Gyamfi.

The trial court, after three years of hearing the matter finally gave its ruling today, October 13, 2022.

But the NDC spokesperson said he will challenge the court’s decision.

Announcing his decision to challenge the ruling, Mr. Gyamfi seized the opportunity to thank his lawyers.

“I am most grateful to my brother and lawyer Edudzi Kudzo Tameklo, and my learned colleagues, Beatrice Annan Esq., Seth Nyaaba Esq. and Gideon Abotsi Esq. who have been representing me in court on this matter.

“It is worthy of note, that this is only the decision of the court of first instance and not final. I am determined to pursue this matter to its logical conclusion. The struggle continues”, his post concluded.

DISCLAIMER: The Views, Comments, Opinions, Contributions and Statements made by Readers and Contributors on this platform do not necessarily represent the views or policy of Multimedia Group Limited.
Tags:
Defamation suit
Matthew Opoku Prempeh
NDC
NPP
Sammy Gyamfi