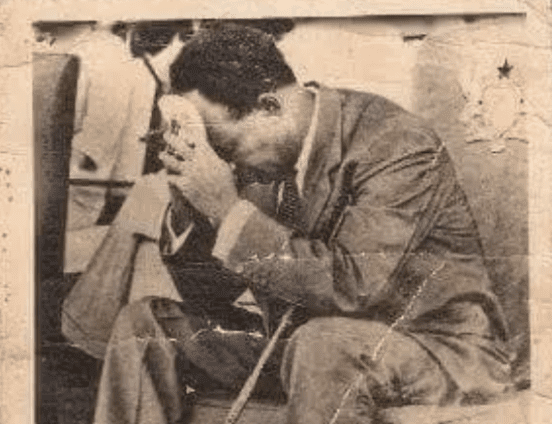 Former Mayor of Kumasi, Kojo Bonsu, has detailed how he was fortunate to be one of the few people who witnessed and lived through the historic and traumatic maiden coup d’état in Ghana.

According to him, the National Liberation Council (NLC) coup d’etat that overthrew Dr Kwame Nkrumah’s government in 1966 shaped his life.

He relived the 55-year-old experience in a tete-a-tete with Joy News’ Ayisha Ibrahim on PM Express Personality Profile on Friday.

The young Kojo Bonsu was under the care of his eldest sister and brother-in-law, a Director of State Protocol under Nkrumah’s regime, Kofi Owusu Darko when Dr Nkrumah’s government was ousted.

According to him, his family stayed just a few metres from the Flag Staff House, the epicentre of the coup d’état.

The Flagstaff House was then popular for its ‘Kankan Nyame’ tag and that was where his life started at the tender age of four.

The former mayor described his life as interesting, as he was treated as though he was a ‘Presidential son’.

“I had a very interesting childhood; I really enjoyed my childhood. We lived near the Flagstaff House. Every morning, on Saturdays, Osagyefo would call me and say ‘young man, you are growing’. He would hold my hand and walk with me into the Flagstaff House where he would speak to us, give us sweets before we walk back home.”

That beautiful experience would, however, change just overnight, he recalled.

That dreaded change, he said, occurred the very second gun-wielding General Afrifa Ankrah, Kotoka, and others stormed his house after announcing their coup announcement.

“The 24th February 1966 coup; I saw it. That was one of my most terrible moments growing up. It was very traumatic. Early morning, around 7:30 am, I saw General Afrifa, Ankrah, Kotoka, they all walked into our house which was very close to the Flagstaff House and Ghana Broadcasting Corporation.

“I’m sure after making the announcement, they walked to our house because they thought that was where all the key things were [kept] so they were looking for my brother-in-law and I was the person who saw them.

“They were holding guns and I was traumatized when I saw them. I was almost five years then. To be honest, I wasn’t very happy, especially because my sister was pregnant.”

He said his terrified sister marched him to her bedroom where they locked themselves away from the rumble going on in their home.

At about 11:00, [the] same day, Mr Bonsu recalled how the coup plotters appeared in a big military truck, called Abongo, into which trunk they pushed all members of his household.

They were subsequently transported to North Kaneshie where they stayed under the care of a grand-uncle of his for two weeks.

Smiles only returned, he recounted, when his brother-in-law, Mr Darko showed up one day with the good news that he had been freed from all charges.

But, not only had he been freed, he had also been given a state appointment to work with the Foreign Affairs department again, as he was a diplomat.

The experience, he told Ayisha, has lived with him and has groomed him to be the diplomatic character he has become.

“I owe my political upbringing to Mr Kofi Owusu Darko, whose resilience is top-notch,” Mr Bonsu said with a smile.