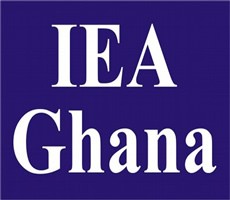 The 2012 Vice Presidential debate involving four political parties with representatives in parliament is slated for Tuesday, November 6 at Akroma Plaza Hotel, Takoradi, the Institute of Economic Affairs (IEA) has announced.

The debate will also provide a platform for the Vice-Presidential Candidates, to respond to questions on various aspects of the nation’s development process.

In a statement issued to the Ghana News Agency in Accra, the IEA explained that the debate would take the form of a policy dialogue.

They will also point out weaknesses in the policies and programmes of their co-contestants, and present alternatives.

The electorate will receive first-hand information on the programmes and plans of each candidate, the IEA stated.

According to the IEA the Vice Presidential Debate will be based on questions received from the public, which will cover the following areas: The Economy, National Development Plan, Job Creation/Employment, Economic Growth and National Debt.

On good governance, the questions will focus on Peace and Security, Corruption/ Bureaucracy, Rule of Law, Character and Leadership, and National Development Planning.

Members of the public are invited to submit their questions to the Presidential Debates Committee through iea@ieagh.org or to short code 1413 on all networks, prefixing the message with ‘IEA’, sender’s name and location.

The programme is strictly by invitation.