If DVLA doesn’t reduce charges, fares will be increased by 30% – GPRTU warns 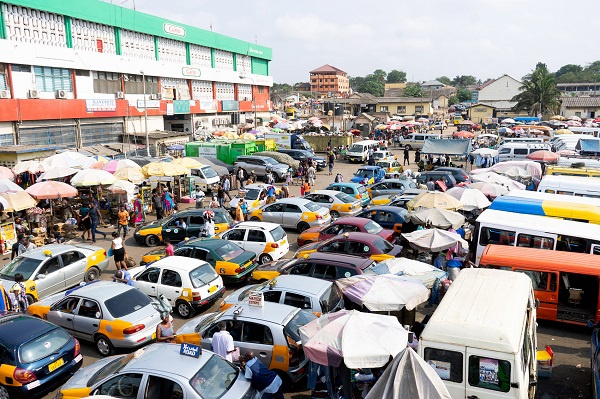 The Ghana Private Road Transport Union (GPRTU) has warned that transport fares are likely to be increased by 30% if there is no reduction in charges by the Driver and Vehicle Licensing Authority (DVLA).

Speaking to KMJ on Prime Morning Tuesday, a member of the communication team of the GPRTU, Samuel Amoah, assured that the union is working on increasing transport fares by 30% effective between October 10 and 15, 2022.

According to him, the increment in fees and charges by the DVLA is affecting drivers negatively. He said the DVLA charge is a major factor in transport fares.

“We were looking at 20%. That was the initial agreement with the increment. With what is going on now, if the government or DVLA don’t come out to change this thing, then definitely Ghana is supposed to look forward to a 30% increment on our transport fares,” he explained.

Mr. Amoah believes the increase will enable the union and drivers to adjust to the current changes.

There has been an increase in fees and charges by the DVLA after Parliament’s approval, which commenced on Monday, October 3.

According to the communication team member of the GPRTU, the union submitted a petition to the transport ministry earlier in July, before DVLA, demanding a 20% increase in transport fares.

“We were even thinking of coming up with a transport fare increment. We wrote a petition to the transport ministry asking for an increment based on the agreement we had with them that anytime the fuel prices are increased up to a 10% threshold, then we the transport operators also have the opportunity to come for negotiation, “he stated.

He further added that, “hopefully by next week, Ghanaians should look forward to an increment because this week the leadership is meeting.”

He thinks parliament has neglected their petition, pushing them to put into effect the increment plan.

Meanwhile, Mr. Amoah revealed that drivers at some lorry stations are running shifts as most passengers are becoming reluctant to purchase their services due to the increase in charges.

DISCLAIMER: The Views, Comments, Opinions, Contributions and Statements made by Readers and Contributors on this platform do not necessarily represent the views or policy of Multimedia Group Limited.
Tags:
DVLA
GRPTU
Transport fares