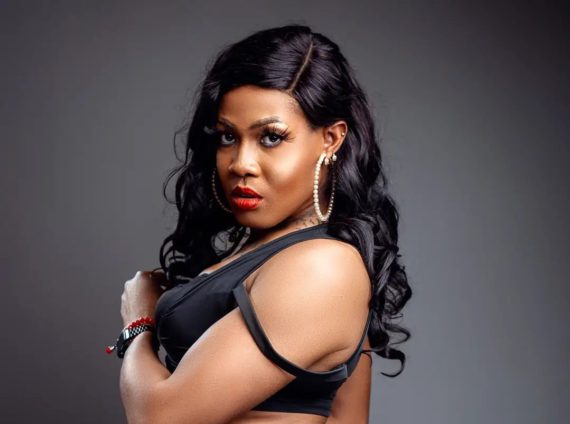 Ghanaian transgender singer, Angel Maxine believes that because she was created by God, it is possible that God is transgender.

The gay rights advocate advanced this position when she spoke to Benjamin Akakpo on the Prime Morning Show on Friday.

According to Maxine, her orientation is ultimately a reflection of God’s creativity. Therefore, she does not know why some people resent her identity as a transgender.

Recounting her experiences as a student, Maxine revealed that over the years, she has been victimised on numerous occasions, amidst the harsh treatments from her immediate society.

According to the singer, her orientation as a transgender has also caused many of her friends to flee from her company; a situation Maxine says made life very unbearable for her.

Owing to the consistent episodes of hostilities, Maxine indicated that she was overwhelmed to the extent that at a point, she welcomed the idea of taking her life.

However, Maxine says all the anxiety and feelings and depressions were dissolved when she accepted her new identity as a woman; transiting from Maxwell Okyere Opoku to Angel Maxine.

“At first, I had very low self-esteem. I was very timid. Everybody could just toss me around. But everything around me just changed. I saw things just differently. I was me! And that is, it’s like I’m being born again. I’ve found out this is who, where I really belong … and it was a fulfillment, it was a joy to me’, Maxine revealed.

After coming into the limelight with her song, ‘Wo Fie’, Maxine’s physique as a transgender has made her a huge subject of public spectacle. While others have sympathized with her make-up on social media, others have greeted her with disdain, with calls for the media to stop giving her the platform to highlight her ‘perversion’.

Meanwhile, when Parliament resumes from recess on the 26th of October, the House would be expected to deliberate and vote on an impending bill that seeks to criminalise LGBTQ in Ghana.

The decision of Parliament is expected to bring finality to the raging debate about the legalisation or otherwise of LGBTQI+ in Ghana.