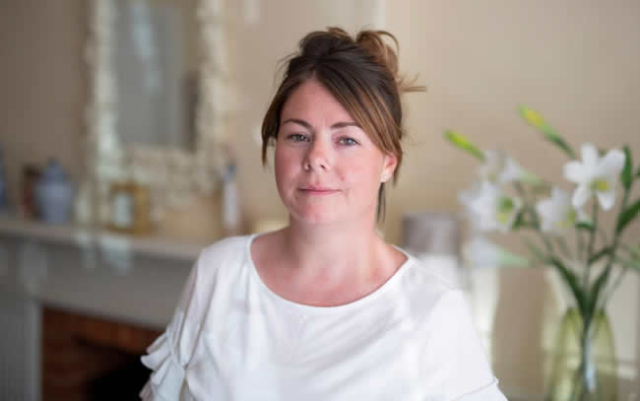 It was on June 23 that 12 Thai boys and their football coach, on a school trip, entered the Tham Luang cave in the northernmost province of Chiang Rai and failed to emerge.

They have now been trapped for two weeks – and it was 10 long days before British divers were able to navigate the narrow, flooded passages to reach them in a race against time with the monsoon rains.

Yet, the concept of time in such dank subterranean darkness becomes rather difficult to fathom. What day was it, the boys inquired of the divers when they arrived, unaware of how long they had been waiting for their would-be rescuers.

Now, as time ticks on, they continue to sit tight, as everyone from the Thai authorities to the British diving team and US billionaire Elon Musk, tries to establish the safest way to free them from their prison.

That sense of disorientation is something Helena Overton remembers well. Almost 11 years ago, she too was trapped in a Thai cave, when a travel adventure went fatally wrong.

View photos
Overton, née Carroll, in 2007 with her then boyfriend John Cullen, who died in the disaster

Helena (nee Carroll), from Solihull in the West Midlands, recalls only too vividly the terror that gripped her on that fateful expedition in October 2007, of which she was the sole survivor.

After a torrent of water rushed into the cave where they were trekking, her boyfriend of four years, John Cullen, died. Their two Thai guides and five other European tourists – three of whom were children – were also swept to their deaths.

Overton, 32, has never wanted to talk publicly about her horrifying ordeal. But the ongoing drama in Chiang Rai has brought the memories back, along with some considerable upset.

It was supposed to be the trip of a lifetime. Cullen had lost his father 12 months earlier, and was due to take over the family business. But, at just 24, he wanted to see some more of the world before he settled down.

“So we decided to go travelling,” says Overton, who at 21 was working in an administrative role at Npower.

The couple, who had known each other since primary school, booked a year-long trip, during which they would spend several months in Thailand before moving on to Australia, then Japan.

It was while they were working at an elephant sanctuary near Pattaya, on Thailand’s eastern gulf, that they met up with a friend who had just done a cave tour in the southern province of Surat Thani. “He told us to do it, so we booked,” she says.

View photos
Family members sit near the cave where 12 boys and their football coach have been trapped since June 23, in Mae Sai, Chiang Rai province Credit: Sakchai Lalit/AP

But Overton, now a mother-of-two, had a long-standing fear of drowning and a general dislike of water, and immediately knew she was out of her comfort zone. Sitting in her parents’ garden as her four-year-old daughter plays nearby and her 10-week-old baby girl sleeps, she outlines her trepidation that day. “It wasn’t my type of thing,” she explains. “I said to John, ‘you’ll take me back to the beach tomorrow?’ and he said ‘yeah.’”

With them on the visit to the Nam Talu cave in Khao Sok national park were a German boy and his mother, as well as two Swiss girls and their stepmother. Accompanied by local guides, the group took a two-hour boat trip to a village, from where they trekked for two hours through the jungle to reach the mouth of the cave.

“I remember thinking ‘this really isn’t me, why am I doing this?’” says Overton. “I knew there were going to be bats and spiders.”

Twenty minutes in, disaster struck. “We heard this massive roar,” she says. “We turned around and the water had just come in. It was like a big wave.”

Horrified, Overton saw the little German boy engulfed by the flood. “The water was rising and rising and we were getting pushed up. I just thought ‘we’ve had it’,” she says.

But, above the water level, she managed to find a small ledge. “John told me to sit there so I did. He was on it for a bit, but then he decided to go and get help. I never saw him again.”

Cullen’s body was found washed up at the mouth of the cave a few hours later, along with those of the others. Overton meanwhile, knowing nothing of this, remained perched on the ledge, waiting for rescuers to arrive. The group had left their passports with the tour company, so the people there would know there was still someone missing, she reasoned. Yet as time dragged on, nobody came.

“The operation you see now [trying to free the Thai boys], you think that’s going to come into play, but it just didn’t,” she says.

After a while, Overton began to accept that she was going die there. “It was scary, because I was all on my own,” she says.

“I was screaming and shouting, ‘Help! Help! Help!’ Then I thought, ‘I’ll jump down myself. But I was in the pitch black, I had no torch, nothing. The only thing I was watching was a glowworm, thinking ‘if the water rises over it, I’ll be gone’.”

Would it be easier just to jump and get on with it, or to wait for the water to rise? Should I just end it?

As more time passed, Overton wondered if it would preferable to get death over with, by throwing herself into the water. “Would it be easier just to jump and get on with it, or to wait for the water to rise? Should I just end it?’,” she remembers thinking.

“I thought, ‘if the water keeps rising it’s just going to be more painful, that kind of death, so if I jump it would get it over and done with.’”

Still, she waited some more, terrified, and shivering in her bikini top, vest and shorts. “I remember struggling to keep myself warm,” she recalls. “I started singing. I prayed. I think I was scared of going unconscious. It was really uncomfortable, and just so dark. It will be terrifying for those boys [currently trapped]. No-one can hear you.”

Eventually, to Overton’s relief, she heard shouts from somewhere in the cave. “I’m here!” she screamed back. “I’m here!”

It was a local man. He came barefoot and carried only a bamboo cane. Speaking broken English, he guided her back out of the cave and, with a group of other rescuers, they trekked back through the jungle, leeches climbing their legs.

Covered in cuts and with a searing pain in the base of her spine, Overton was amazed to learned she had been trapped for 16 hours. She also learned that the man who found her, whose name she doesn’t know, had insisted on advancing further into the cave after the other rescuers had given up, convinced she couldn’t have survived.

“I’ve always wanted to find him, because if it wasn’t for him I wouldn’t be here today,” she says.

Her boyfriend, she believed, had made it out of the cave himself. “They told me John was at the pier waiting for me. We got there and I said, ‘where is he?’ They put me in an ambulance and I said, ‘just tell me where John is.’ They said, ‘he’s dead.’ I just went mental.”

Overton, who had to identify the bodies of her fellow travellers, believes she was falsely told that her had boyfriend survived out of fear she would go into shock; potentially dangerous in her weakened state.

Instead, the shock – along with the nightmares, devastation and abiding sense of guilt – came afterwards. After the life-threatening Weil’s disease that resulted from her hours in the cave and kept her in hospital for a week; after she’d laid John to rest; after she’d received counselling, returned to work the following January and met her now-husband Stewart.

“It hits you later,” admits Overton. “I had so much guilt for a long time.

“But I’ve moved on. I’ve got married, I’ve got two kids – you have to get on with it. I probably would have done something really harmful to myself if I hadn’t. But it’ll never leave me.”

She says the trapped Thai boys will be able to take some small comfort from having each other for support.

“But it will be very hard for them and they’ll never forget it,” she adds. “It will stay with them for the rest of their lives.”