IGP to flush out criminals in police service 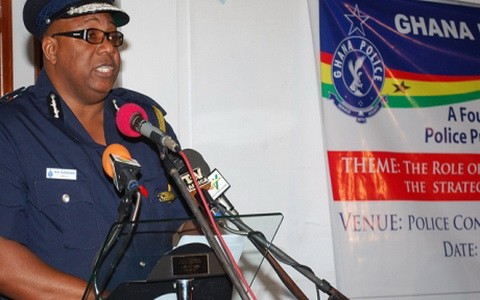 Inspector General of Police, Mohammed Armed Alhassan, says his administration will deal decisively with criminal elements within the service.

According to him, the involvement of some officers in criminal activities bring the name of the police service into disrepute.

The IGP gave the assurance at the inauguration of an office complex for the Adenta Police in Accra.

This comes on the back of the increasing rate at which police personnel commit high-profile crimes in the country.

But Mr.  Mohammed Alhassan indicated that steps are being taken to purge such criminal elements from the police service.

“if we are chasing criminals then what will happen to criminals within the service”, he quizzed.

The IGP also bemoaned the abuse of the human right of citizens, who find themselves at the wrong side of the law.

Mr.  Mohammed Alhassan described such acts as intolerable, adding that any officer found culpable will face the full rigours of the law.