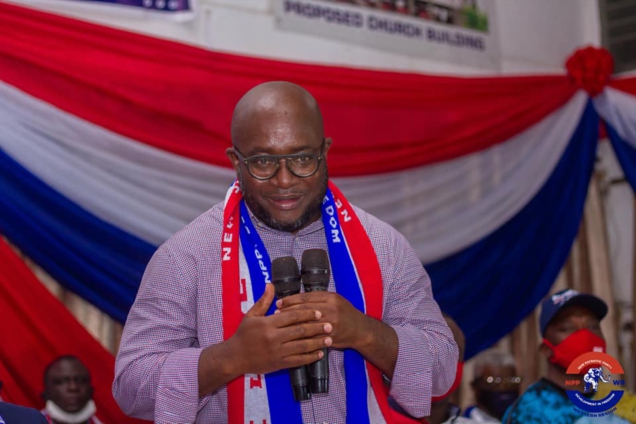 MP for Sekondi, Andrew Egyapa Mercer, says the governing NPP’s score on IMANI Centre for Policy and Education’s final government performance assessment report is proof that the party has performed better than the former NDC administration.

According to him, the 56.77% score symbolises a superior commitment to the delivery of campaign promises, as against the National Democratic Congress’ (NDC) performance.

The Imanifesto Final Score Card placed the Mahama-led administration at 54% during his tenure in office.

“As a political player, I measure my performance against my opponent, so if a third party measures the performance of both parties and comes to a certain conclusion that puts me clearly at a 3 percentage point ahead of my opponents, then my message to the people is to the effect that we have performed better and it’s important that they give us 4 more years to do more,” he said.

However, the Member of Parliament disagrees with what the report terms “a fair satisfactory performance”.

He explained during an interview with Joy News that an internal assessment of the NPP’s performance reveals the party has fulfilled at least 78% of its 2016 manifesto commitments.

In response to the 100 percent score that was awarded to the NPP under Primary Education, Mr. Mercer concurred and added that the mark is in line with the Free Education Policy as the party’s key manifesto commitment.

“Indeed our definition of Free SHS which finds expression in the new education bill that we are working on is to redefine basic education to include free Senior High School. So if we were scored a 100 percent at the basic level, then clearly we have delivered fully,” he added.

The Imanifesto event was held on Wednesday to analyse promises made in the last elections in relation to their realisation at a time when the country is gearing up for its general election in December.