IMF worried about rising debt in the corporate sector 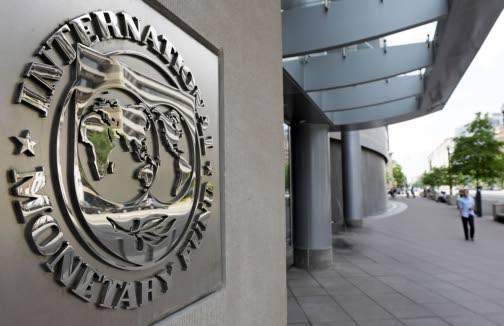 The level of debt and the lack of regulation in the corporate sector is a concern for the International Monetary Fund (IMF), one of its directors told CNBC.

These vulnerabilities could have a wide of range implications in the event of an economic shock, Tobias Adrian, director of the monetary and capital markets department at the IMF, said Thursday.

The Washington-based institute said in its latest Global Financial Stability report that vulnerabilities in the corporate sector are elevated in systemically important countries, which account for about 70% of global growth.

Corporate debt has risen in the aftermath of the financial crisis, mainly for two reasons. Borrowing conditions have eased across the world and, at the same time, this type of debt has also provided investors with higher returns compared to government debt — which is perceived as being safer. The attractiveness of corporate debt has therefore made it easier for firms to get the money they want for investments, or in some cases buying back their own stock.

World Bank President David Malpass also told CNBC this week that there is too much debt floating around the world and the biggest reason is China. Beijing has seen an economic slowing over the last few years, leading to the national authorities easing credit conditions on different occasions. As a result, corporate debt has soared, reaching a record high in 2018.

Singapore bank DBS and the Japanese bank Nomura have previously told CNBC that defaults for Chinese corporate bonds — issued in both U.S. dollars and the Chinese yuan — soared in 2018. Apart from China, there are other countries facing challenges with high corporate debt, the IIF showed in its report. These include Canada, France, Ireland, Denmark, Norway, Sweden and Finland.

Adding to this pile of concerns, the IMF’s Adrian said that it’s difficult to see how corporates are dealing with their debt levels.

“Prudential tools are not very well developed,” Adrian warned. “In the banking sector, there’s a lot more capital, a lot more liquidity, but leverage, liquidity in the corporate sector is not really regulated,” he added. “Those vulnerabilities are slow moving, but those are potential amplification mechanisms if bad shocks hit,” he added.