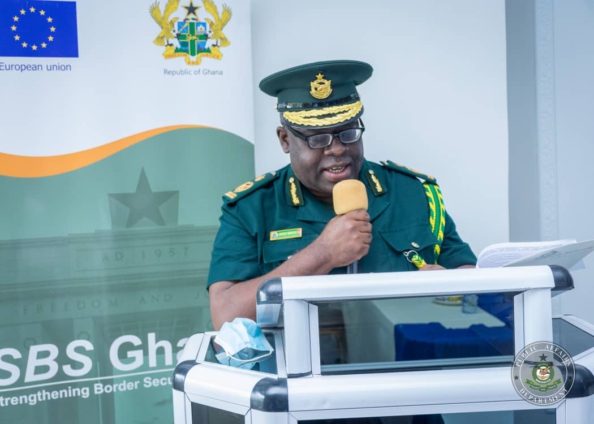 The Comptroller-General of Immigration (CGI), Kwame Asuah Takyi, has charged all 18 Regional Commanders of the Ghana Immigration Service to embrace the gender equity and equal opportunities policy it is currently adopting.

He charged them to implement them at their respective jurisdictions subsequently.

The CGI, in a statement, read on his behalf by the Deputy Comptroller-General, in charge of Finance and Administration, Isaac Owusu Mensah said, the adoption of a new policy to mainstream gender matters was as a result of an in-depth assessment of the Service’s accountability framework.

This was identified as a lacuna during an analysis of the organisational structure hence, the need to restructure the system to respond to current needs.

DCG/F&A Owusu Mensah said this during the opening ceremony of a three-day Regional Commanders sensitisation workshop and consultative interactions on gender mainstreaming policy, GIS code of conduct and a contingency plan for health pandemic, mass influx and counter-terrorism, currently underway at Aburi in the Eastern Region.

The event, which is designed to increase the awareness level of the Regional Commanders and seek their inputs and exchange of ideas in drafting and developing new policies for the GIS, is based on current trends and internationally accepted standards and being organized in conjunction with International Centre for Migration and Policy Development (ICMPD) and the European Union.

The Deputy Comptroller-General urged all participating Commanders to give out their best during the period and ensure that Officers and Men under them imbibe the new policies.

On his part, the Project Manager for Strengthening Border Security (SBS)-Ghana, Marcos Bordigñon, expressed his contentment on the objectives of the workshop and reiterated the support of the European Union and the ICMPD towards the progress of the GIS and the SBS Project.

He recognised and appreciated the critical role the Service is playing in the protection of the country’s borders and expressed the need for issues concerning gender management, to be critically examined and addressed.

This workshop comes after the first gender sensitization which was organized for the top Management Members of the GIS in co-operation with the ICMPD and The Ark Foundation Ghana as the resource institution.