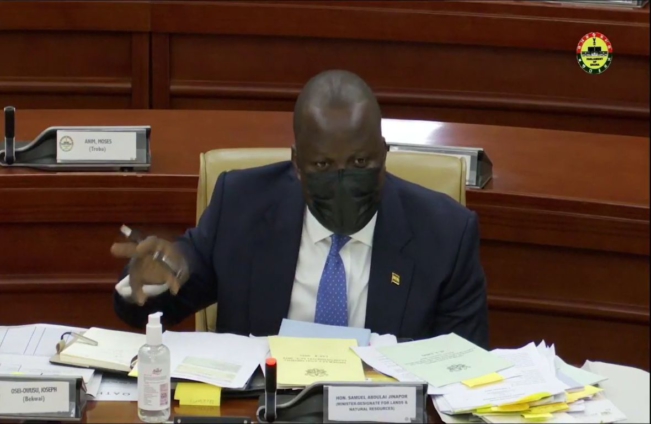 The Lands and Natural Resources Minister-designate, Samuel Abu Jinapor has outlined sustainable ways of addressing the major challenges with land administrative issues in the country.

These, he says, hinge on the effective implementation of the Land Act (Act 1036).

Answering questions during his vetting regarding land acquisition, land litigation and its attendant issues such as land guards, the Damongo MP stressed that most of the issues pertaining to lands have been adequately addressed in the Land Act, assuring Parliament’s Appointments Committee of his commitment to take all the necessary steps to ensure its full implementation.

“The effective implementation of the Lands Act, Act 1036, will go a great way in improving land administration in the country.

“It is still a piece of legislation that will require it to be publicised in order to let the people in the country know about it and also know the implications of the provisions in the Act.  We must have a strategy to ensure that the Act is implemented,” he stated.

Commending the legislature, Mr Jinapor acknowledged that the Land Act was detailed in addressing “all the thorny issues related to land administration”, adding that “The Act is far-reaching and detailed”.

The Minister-designate also noted that President Nana Akufo-Addo is still committed to stopping illegal small-scale mining, popularly known as ‘galamsey’ despite the challenges he has encountered so far.

Mr Jinapor said, “In every dispensation, when you’re rolling out policies, especially you’re dealing with intricate sectors such s small-scale mining, you’ll have problems. I have taken time to study a lot of literature and noted that all the previous ministers encountered lots of challenges”.

“You’ll often have party people and lots of big wigs fighting against the process. What is important is that the president is absolutely committed to making an impact in this illegal small-scale mining industry,” he added.

DISCLAIMER: The Views, Comments, Opinions, Contributions and Statements made by Readers and Contributors on this platform do not necessarily represent the views or policy of Multimedia Group Limited.
Tags:
Appointments Committee
Land Act
Land administrating issues
Samuel Jinapor