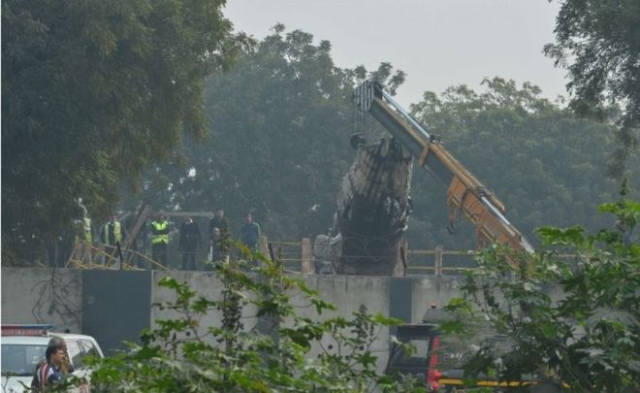 A light aircraft has crashed on take-off near the airport in the Indian capital, Delhi, killing 10 people.

The Beechcraft King Air plane chartered by India's Border Security Force (BSF) came down after hitting a wall in Dwarka district and burst into flames.

The plane was carrying members of the border patrol force, officials said.

In May 2011, 10 people died after a small medical ambulance aircraft flying a critically ill patient crashed in Faridabad town near Delhi.

Tuesday's incident occurred as the twin-engine plane was on its way to Ranchi in the eastern state of Jharkhand from Delhi's international airport. 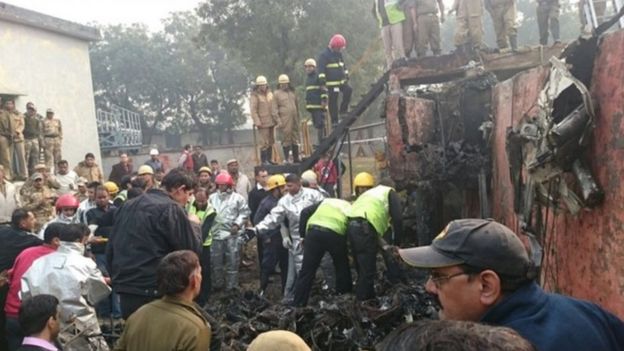 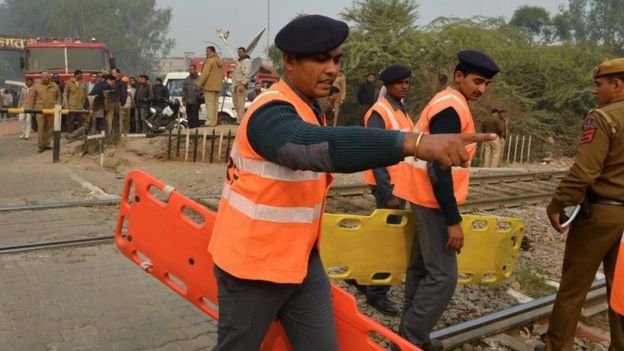 Emergency workers have been sent to the crash site

TV pictures showed a fire in a field and mangled and charred debris of the plane.

Junior Civil Aviation Minister Mahesh Sharma told the Press Trust of India news agency that "all 10 [passengers] onboard BSF plane that crashed in Dwarka [are] dead".

Suraj, an eyewitness, told reporters that the plane hit a wall, caught fire and crashed in a field outside the airport.

"There were about 10 people on the flight. I saw two bodies. There were some labourers working on the ground where the plane fell," he said.

More than a dozen fire engines and emergency workers have been rushed to the spot to douse the blaze.

The last major crash in India happened in the city of Mangalore in May 2010, killing at least 160 people.