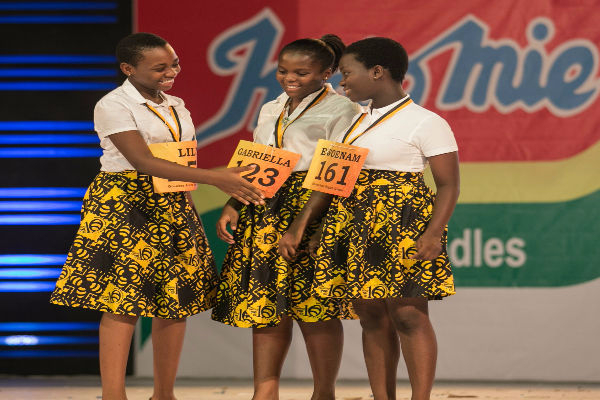 Leading noodles brand Indomie has announced that it will continue to support The Spelling Bee in Ghana for the next 10 years.

Mahesh Shah, the General Manager of De United Foods Industries Ltd (DUFIL) made this commitment at the launch of the 11th edition of the spelling competition.

DUFIL is the brand owner of Indomie and the gesture has come in the wake of reports of disinterest by another corporate organisation.

Indomiehas been the lead sponsor of the spelling competition since its inception in Ghana and has remained committed to the cause. Mr. Shah, in his speech, commended the Young Educators Foundation, the organisers of The Spelling Bee for their resilience and drive the competition.

Mr. Shah explained that Indomie has consistently supported programmes meant for the development of children because they are the future of the nation.

He stressed that supporting The Spelling Bee and similar initiatives are an opportunity for Indomie to “support in the development of future leaders, future doctors, future engineers, future teachers and make Ghana a better country”.

Indomie has been championing nutritious eating and seizes every opportunity to give free nutritiously prepared Indomie noodles to children in schools and at various events.

Later in an interview, Mr. Shah said that to give out nutritious meals and support the overall development of children are key mandates of the company.

He added that it is in line with the values of the company that they have decided to continue to support The Spelling Bee competition for a longer period of time.

He hoped that the competition will continue to unearth great talents and win many more laurels at the international stage.

The launch of this year’s The Spelling Bee was also used to campaign the promotion of Ghanaian languages. The organisers have decided to crusade on the use of local languages and how it is taught in schools.

In addition, the organisers endorsed and commended Indomie for its sustained support towards the programme and hoped that others will emulate the good gesture.