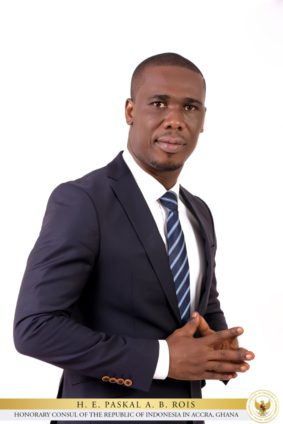 The Indonesian Consulate of the Republic of Indonesia in Ghana has sent a message of commiseration to the victims of a volcano eruption on the Semeru Mountain on Indonesia’s Java Island, on Saturday.

The Honorary Consul in Ghana, H.E Paskal Anthonio Bronson Rois expressed his heartfelt condolences to the entire nation on the unfortunate incident which affected 11 communities in the East Java Province.

News reports indicate about 56 people have been injured, and 13 people lost their lives in the disaster.

“Condolences to the deceased families and entire Indonesia on the loss. The Consulate shares the grief of victims, especially children, traders, and farmers at this difficult time with deep sympathy and condolences”, he stated in a communique copied to Myjoyonline.com.

He worried about the “devastations, physical and emotional scars” that the victims would suffer and assured them of the consulate’s supports.

He, however, lauded the security services and the Indonesia Disaster Mitigation Agency (BNPB) for the yeoman’s job is rescuing victims, providing medical care, and evacuating about 13,000 persons.

“We are also grateful for their efforts in rescuing over 10 sand mine workers who were trapped in buildings”, he added.

H.E Rois reminded the victims to look out for relief centres set up by the government to receive the best of care and attention.

“The Indonesian government has provided rescue shelters equipped with food, face masks, tarpaulins, and body bags for the affected persons”

“Words may not be able to express our sadness, but we do want you to know that we have you in our prayers and would continue to provide any support needed in these trying times”, he concluded.