Indonesian needlefish boy: 'A fish jumped out the water and stabbed my neck' - MyJoyOnline.com

Indonesian needlefish boy: ‘A fish jumped out the water and stabbed my neck’ 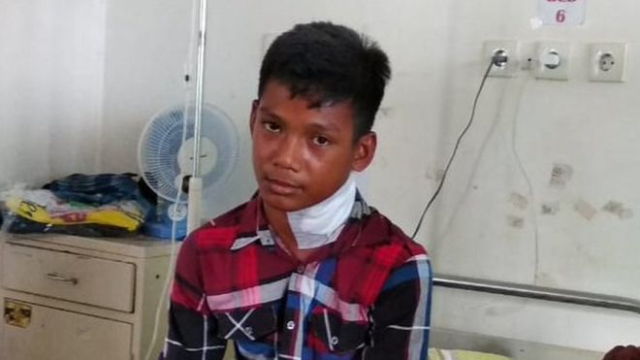 An Indonesian teenager has described – for the first time – his terrifying swim to safety after a fish leapt out of the sea and speared him through the neck.

Muhammad Idul revealed how the force of the needlefish impaling itself in his neck threw him from his boat and into the water, prompting a desperate swim to shore and a sprint to hospital some 90 minutes’ drive away.

The fact the 16-year-old is still alive, smiling and able to tell his tale is thanks to his quick-thinking friend, a bit of luck – and some very careful surgeons.

The injury has turned Muhammad into a bit of a star, after pictures of the fish in his neck went viral and were shared around the globe.

But, speaking exclusively to BBC Indonesian five days after the shocking accident, he says it was just meant to be a late-night fishing trip with a school friend, Sardi.

“Sardi’s boat sailed off first, and I went later in another boat,” he recalled. “About 500 metres [half a mile] off the beach, Sardi turned on the flashlight.

“A needlefish suddenly jumped out of the water and stabbed my neck.”

Muhammad fell off the boat into the dark water below. The fish’s long, slender – and sharp – jaws pierced right through his neck, from just under his chin to the base of his skull.

What’s more, the fish was still thrashing, pushing the teenager around in the water as it tried to escape.

Muhammad grabbed the fish and held it tight, hoping he could stop it making the injury worse.

“I asked Sardi to help – he stopped me from trying to remove the fish to prevent bleeding,” he said.

The boys somehow managed to swim back to the beach with Muhammad holding the 75cm-long fish clasped in his arms and still stuck in his neck.

Muhammad’s father Saharuddin rushed him to a hospital in Bau-bau, about an hour-and-a-half from their village in South Buton, South East Sulawesi.

But while doctors there were able to cut the fish so just its head remained in his body, they could not remove the beak from Muhammad’s neck because they did not have the right equipment.

For that, they needed to travel further afield, to a provincial hospital in Makassar, the capital of South Sulawesi.

Even at the bigger Wahidin Sudirohusodo Hospital, however, staff were stunned at what they had been presented with.

Its director Khalid Saleh said it was the first case of its kind, and required five specialists to carefully remove what remained of the fish in an hour-long surgery. 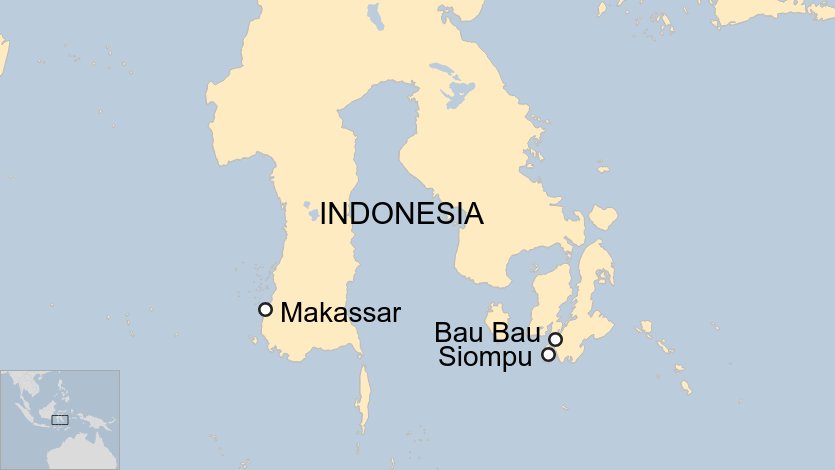 Five days later, Muhammad is keen to get home: his neck is bandaged, and it doesn’t hurt any more. He still can’t move it to the right, but he is smiling.

He could have to wait a little longer, however.

“We’re monitoring his condition. He might be discharged in a few days but he can’t go back to his village yet because he needs more check-ups,” Khalid Saleh explained.

The incident has also not dampened Muhammad’s love of fishing.

“I just need to be more careful next time. Needlefish can’t tolerate light – that was why it jumped out of the water and stabbed me,” he said.