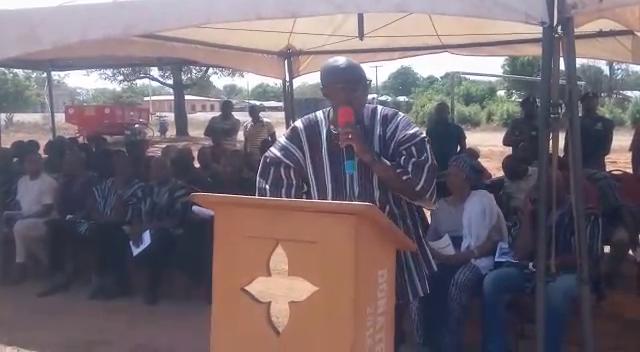 The Interior Minister has urged people of the Bole traditional area in the Bole district of Savannah region to live and harmony so the curfew they have been under for some time now is not reimposed.

Ambrose Dery was speaking as the head of government delegation at the final funeral rites of Alex Sofo Seidu, a former MP for Daboya/Damongo constituency.

According to him, government lifted the previous curfew following a recommendation by the Gonja King, Yagbonwura Sulemana Tutumba Bore-Essa I and the Savannah Regional Security that they would ensure that peace prevails.

“I want to remind you that if you keep the peace, I will leave it [lifting of the curfew], but if you breach the peace, we are back to curfew,” he cautioned.

“But I believe that I can count on the support of all you,” he added.

Ali Kasim, the Savannah region treasurer of the opposition National Democratic Congress (NDC) said the demise of the MP has created a vacuum in terms of leadership.

Others people extolled the virtues of the deceased.

He said the NPP will find it difficult to find a hard-working, dedicated and generous person like Mr Seidu.

The late Alex Sofo Seidu until his demise was an educationist, politician, philosopher, a businessman and traditional ruler.

He was 70 years and was survived by two wives and 10 children.