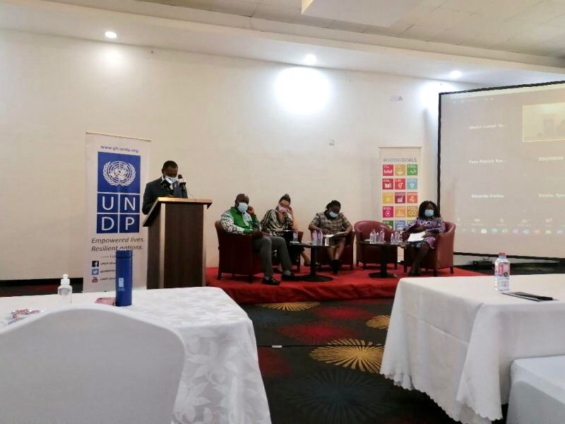 The Chief Executive of Private Enterprises Federation, Nana Osei-Bonsu has called for more investments in renewable energy since its residue will aid firms in the agriculture sector to compete in the Africa Continental Free Trade Agreement (AfCFTA).

According to him, leftover from non-conventional use of renewable energy can be used as compost to boost agricultural production.

Speaking at the Private Sector Climate Change Investment Forum, Mr. Osei-Bonsu said “as companies seek to expand operations through industrialisation, they require more reliable and sustainable power at competitive pricing. The way to go is the use of nonconventional renewable energy such as biomass, solar energy, wind energy and others. These sources of energy are cheaper, environmentally friendly, sustainable and supportive of green climate initiative.”

“These energy sources and their residual compost will boost agricultural productivity, create jobs especially for the youth and women, increase revenue for the private sector players and reduce the negative ecological impact as a result of human activities,” he stressed.

Head of Climate at Economic Strategy and Research Division at the Ministry of Finance, Adwoa Faikue disclosed that $107million have been approved to invest in climate in Ghana.

“Ghana since joining the Green Climate Fund has submitted about 18 proposals; some from the private sector and public sector as well. Out of the 18 proposals, nine have been approved. So, in total, we have received about $107million in approval. Notably among them are the programme on Affirmative Finance Action for Women In Africa, Financing Climate Resilience Agricultural Practices In Ghana For Women In Agriculture, Ghana Share-Landscape Emission Reduction Project, among others,” she said.

Meanwhile, Deputy Resident Representative of UNDP, Jelena Raketic, said investing in climate change has the potential to create 65 million jobs. According to her, renewable energy has massive economic benefits which when fully unlocked will benefit Ghana and the continent as a whole.

“Studies have showed that both climate action will trigger $26 trillion in economic benefits globally by 2030 and create 65 million jobs. But the question is, how do we unlock these benefits? I think aside some political bills, what we really need is efficient financial deployment,” she indicated.