It cost me about $240k to produce ‘Aloe Vera’ – Peter Sedufia 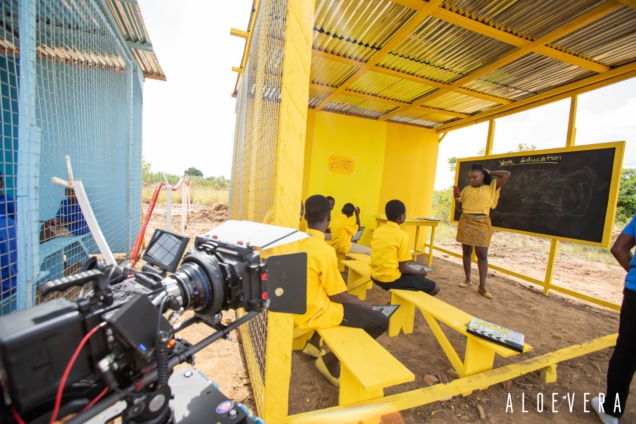 Actors on set of Aloe Vera

In an interview with Andy Dosty on Daybreak Hitz, the award-winning film director said the experience he had while shooting the movie was not easy.

According to him, he faced challenges assembling his cast and crew to a particular location for the production.

He said at a point, he had no option but to move all of them to the Volta Region to have a smooth production.

“We had to look for an isolated place that we can adopt and create our own structures so we can film and close when we want to,” he said.

Peter Sedufia, known for movies like Keteke (2017)) and ‘Sidechic Gang’, revealed that he had to meet and negotiate with chiefs in the Volta Region to be given a piece of land project.

He stated that the production team needed the land to build the set for the movie from scratch.

“We went to Dabala in the Volta Region and spoke to the Assemblymen and chiefs who gave me a piece of land for the movie.

“It was like a forest area, so I had to bring caterpillars to clear the land. We spent about $240,000 for the whole production,” he said.

Barely two weeks after it premiered in cinemas, ‘Aloe Vera’ was taken out after the cinemas across the country were shut down because of the coronavirus pandemic.

The movie returned to cinemas once again on June 22, 2021, after the cinemas were reopened.

No family is allowed to cross the line that divides the town, and if anything of one faction makes it to the other line, it calls for a fight.