'It is only a poor leader who shirks responsibilities and shifts blame' - Mahama to Akufo-Addo - MyJoyOnline.com 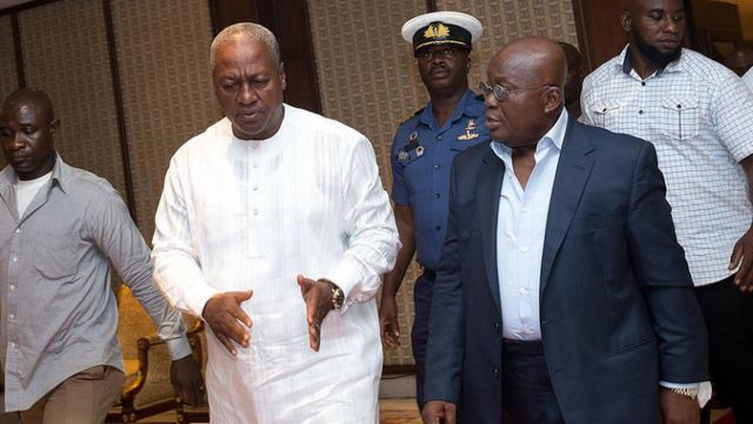 Former President John Mahama has reprimanded his successor, Nana Akufo-Addo for failing to take responsibility for the country’s ailing economy.

“Leadership is about responsibility. It is only a poor leader who shirks responsibilities and shifts blame. We had power crisis– dumsor in this country– because of lack of investment in generation for many years, and so we were consuming more power than we generated.

“That was the situation I met, and yet I did not say it is not my fault. I went to Parliament, took responsibility for it and promised to fix it, which we did,” he said on Friday.

Mr Mahama then took a jibe at the Akufo-Addo government.

According to him, if President Akufo-Addo “cannot do the job, he should give way for the NDC to do it for you.”

“Today somebody [President Akufo-Addo] claims he inherited a weak economy, which he hasn’t been able to be responsible for, 5 years on. It’s always about Mahama and NDC,” he intimated.

However, President Akufo-Addo has maintained that his administration has outperformed his predecessors.

At the New Patriotic Party (NPP’s) National Delegates Conference on Sunday, December 9, the President insisted that his government has chalked more successes than any other government in the Fourth Republic.

He, therefore, charged all members of the NPP to be proud and preach about the achievements of his government.