It is unacceptable for teachers to absent themselves – Veep 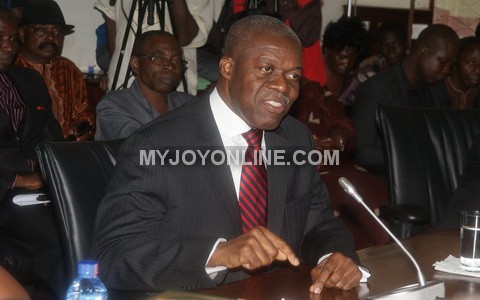 Vice President Kwesi Amissah-Arthur has appealed to authorities in the education sector to ensure that teacher absenteeism in public schools was stopped.

He said it was unacceptable for teachers to absent themselves from the classroom for no apparent reasons.

Vice President Amissah-Arthur made the call at the National Best Teacher Awards ceremony in Cape Coast.

Vice President Amissah-Arthur also announced that the government had started a policy for Zero Tolerance for teacher absenteeism in public schools.

He said so far the policy had begun to yield results adding that the absenteeism rate had reduced from 27 to 11 percent within a year of the initiative.

He said the government would continue to pursue the policy since it was fundamental for the realization of quality education.

Vice President Amissah-Arthur said the government recognized education as indispensable for social justice and participation and would continue to prioritize quality, affordability and access across the three levels of basic, secondary and tertiary education.

He said government’s allocation to the education sector for the last three years had increased, exceeding the UNESCO target of 6 percent of GDP.

He said the government had also initiated a programme for untrained teachers to upgrade themselves by undertaking a Diploma in Basic Education.

Vice President Amissah-Arthur also stated that government was committed to improving the welfare of teachers to enable them deliver quality education.

He urged the Metropolitan, Municipal and District Chief Executives (MMDCEs) to construct teachers’ accommodation to retain them when they are posted to their district.

Professor Naana Jane Opoku-Agyemang, the Minister of Education, commended teachers for their role in national development.

She said the teacher was the pivot upon which the entire education process revolved would not be forgotten by the government.

She said her ministry remained committed to the total welfare of teachers to enable them deliver on their mandate.