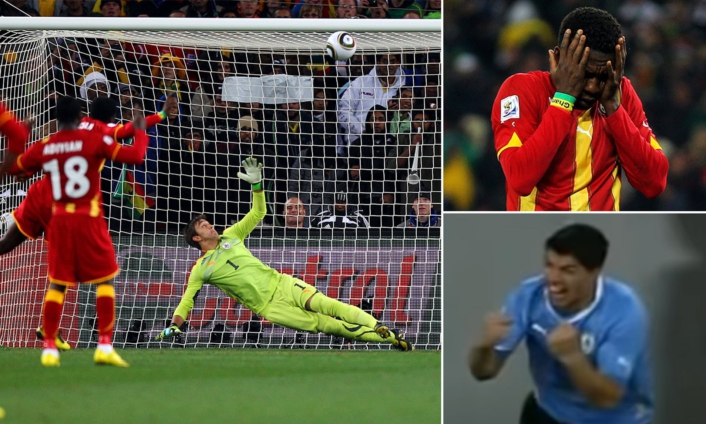 Suarez stopped a goal-bound opportunity from the Black Stars with his hand in the dying embers of the extra time of the quarterfinal fixture 12 years ago at the Soccer City Stadium.

Ghana was awarded a penalty late in the game but Asamoah Gyan failed to convert the spot kick with the Black Stars going on to lose the tie on penalties.

That incident has stood in the memories of Ghanaians for a long time with some demanding an apology from the former Barcelona star.

However, Suarez says he owes no one apology as he didn’t force Gyan to miss his kick.

“The first time, I don’t apologise about that,” he told the media at a press conference ahead of Uruguay’s final group game against Ghana at the 2022 World Cup.

“I take the handball – but the Ghana player missed a penalty, not me. Maybe I apologise if I injure a player but in this situation, I take a red card, the referee says penalty, it’s not my fault.”

The Black Stars will go up against the South Americans in the final group game as they seek to qualify to the Round of 16 of the 2022 FIFA World Cup in Qatar.

DISCLAIMER: The Views, Comments, Opinions, Contributions and Statements made by Readers and Contributors on this platform do not necessarily represent the views or policy of Multimedia Group Limited.
Tags:
2010 World Cup
Black Stars
Lawrence Baidoo
Luis Suarez
Uruguay