Jamestown Fishing Harbor Project: This is not the time for a cry baby MP to seek attention 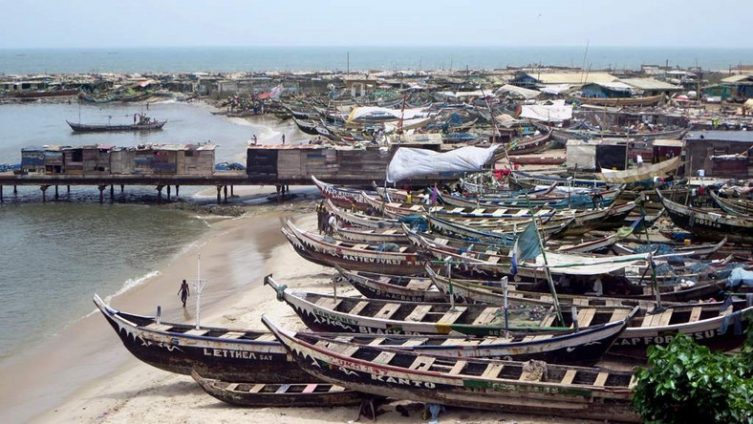 I have taken note of a write up by Nii Lantey Vanderpuye on his Facebook page dated 21st May, 2020 which has since gone viral after subsequent media engagements about projects in our dear Odododiodioo Constituency, specifically the Jamestown Harbour. I will be very brief and straight to the point.

I am writing this response first as an indigene of Ga Mashie and also in my capacity as the Chairman of the National Premix Fuel Committee, who has been part of the process since this government took office.

It is imperative to note that all governments embark on developmental projects with the sole aim of ensuring economic growth and meeting the developmental goals of its people.

The Genesis and funding of the Jamestown Project

It is not in doubt that the Jamestown Harbour project has been on the drawing board since 1965. Government after government have attempted to see it come to fruition with five (5) different sod-cuttings by different governments but none has seen actual construction.

On 28th May 2018, Ghana’s Finance Minister, Hon.Ken Ofori-Atta signed an agreement with China’s Ambassador to Ghana, Sun Baohong for the construction of the $60 million Jamestown Fishing Harbour Complex (JTFHC).

Per the agreement, the construction of the JTFHC is expected to be carried out in three phases; these are the dredging of about 118,000 cubic meters harbor basin and shipping channels, construction of hydraulic structures composed of berths of about 1,200 meters, seawall, a breakwater and the construction of administration, production and supporting facilities including a kindergarten, fish market, and a processing area.

Per the facts above, it is therefore disingenuous for the MP to claim that the project is being implemented through a loan facility secured under the erstwhile Mills/Mahama administration.

The truth is the project is being implemented under a GRANT facility arranged by the current Akufo-Addo led NPP administration from the Chinese government.

It is a fact that Ghana received ONLY $600million as the first tranche of the $3billion CDB facility that the Hon. MP alluded to.

If indeed the Jamestown Harbour was captured in the second tranche which Ghana never received, then it goes to justify the fact that the efforts of the NDC to have the project started turned out to be a faux pas and that NO funding was secured for the project.

For the Hon. MP to also suggest that the initial designs and drawing of the project from 2011 should be maintained shows how outmoded and archaic his thoughts are.

It is also preposterous for the MP to say that the demolition exercise at the site for the project was done without notices to the settlers there.

I can recall series of engagements at different levels that took place prior to the sod cutting by the President on 6th December, 2018.

The Accra Metropolitan Assembly AMA and the Ghana Canoe Fishermen Council organized a durbar in October and November 2018 at the Jamestown Beach to inform occupants about the project.

As a requirement by law, notices were posted on the buildings in early November of the same year. Two weeks later, the AMA pulled the structures down to pave way for the sod cutting.

As part of the consensus building, the Minister for Fisheries & Acquaculture, Hon. Elizabeth Afoley Quaye led a delegation with the Mayor of Accra, Hon. Mohammed Adjei Sowah in November 2018, to call on the Chiefs of the Ga Traditional Council to explain the project and informed them about the necessary demolition to clear the site.

Another delegation visited the Ngleshie Alata Traditional Council for same purpose. The support of the Chiefs, Wulomei, Fisherfolk, youth and the entire GaMashie was visible in their testimonies during the sod cutting.

Since then the Chinese consultants had been at the beach for further studies and wrap up whiles mobilization to site was ongoing. We must emphasize the fact that physical project construction delayed giving way for a handful of people to return to the site.

The AMA took the burden again in April, 2020 and wrote officially to remind all unauthorized occupants on the project site including the Ghana Canoe Fishermen Council to remove their structures but that also fell on deaf ears.

The action of the AMA moving in to clear the site was necessary because the Chinese contractors have been in town for the past couple of months awaiting site clearing to pave way for the construction.

It is instructive to note that the contractors are on site now working for the realization of the project. It is therefore untrue for the attention-seeking MP to claim or even suggest that little or no engagement whatsoever was done.

It is informative to note that the outbreak of the COVID-19 and subsequent restrictions such as lockdown caused the Minister for Transport to issue instructions of suspension of activities till the lockdown was lifted. This the AMA carried to the letter.

There is a strong point of etiquette about honouring invitations that are extended to people.

How can an MP who has on a number of occasions flagrantly turned down invitations to public events turn round to say that he has never been invited to and for any meeting for discussions and deliberations on this project? Fact is, an invitation was sent to him by the AMA for the sod cutting of the Jamestown Harbour but he didn’t show up.

He is on record to have turned down similar invitations and stakeholder engagements like the recent engagements with the Chiefs and people of GaMashie and another one for Ngleshie, for the construction of the astro turfs. He rather sent a representative.

In fact, he actually honored the invitation for the commissioning of the GCB sponsored refurbished Usher Poly Clinic & Jamestown Maternity Home where he exhibited his known stripes once again with his usual drama and penchant for confusion. In the end he walked away without participating.

Benefits of the Jamestown Harbor and other projects under construction

The NPP government has the good people of Ga Mashie and Jamestown at heart and will ensure that we receive our fair share of development.

Let me state that work has also begun on the Salaga Market which had literally been left to rot for so many years.

Additionally, the construction of astroturf football parks at Bukom and Mantse Agbonaa are also ongoing and will be completed within the next four months, ahead of schedule.

Hopefully the completion of these projects will bring back the economic environment that the people of Ga Mashie flourished in in the past.

This is not the time for a cry baby MP who only comes to the fore when there is development and the people are happy to seek unnecessary attention.

In conclusion, I wish to thank the people of Ga Mashie and all the people that have made it possible for us to get to this stage; thank you all and God bless you.

The author Nii Bannerman is the chairman for the National Premix Fuel Committee.