Jimmy Mubenga: three G4s guards to be charged with manslaughter 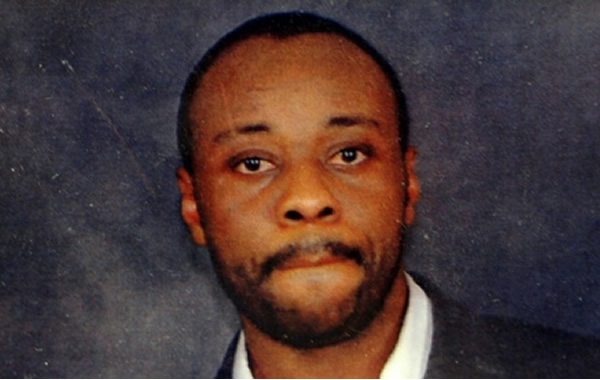 Three G4S guards are being charged with manslaughter following the death of a man as he was being deported from the UK.

Jimmy Mubenga, 46, died after being restrained by the three on board a plane at Heathrow airport in October 2010.

On Thursday the Crown Prosecution Service said the guards, Stuart Tribelnig, 38, Terry Hughes, 53, and Colin Kaler, 51, would be charged with manslaughter.

Malcolm McHaffie, deputy head of CPS special crime, said: "There is sufficient evidence for a realistic prospect of conviction and it is in the public interest to prosecute Colin Kaler, Terrence Hughes and Stuart Tribelnig."

Mubenga's wife, Adrienne Makenda Kambana, said: ""My children and I have waited a long time for this decision. We hope the CPS will now move this case forward quickly. We feel like we are another step closer to getting justice for Jimmy."

The three guards were arrested following Mubenga's death but in 2012 the Crown Prosecution Service decided not to bring any charges against them.

That decision was reviewed following an inquest into Mubenga's death last year in which a jury returned a verdict of unlawful killing following an eight-week hearing.

McHaffie said: "We have completed a fresh review of all of the evidence relating to the death of Jimmy Mubenga, including the new evidence arising from the inquest, and decided that three men should be prosecuted for manslaughter."

The CPS said it had decided not to prosecute G4S for corporate manslaughter.

"We have concluded that there is insufficient evidence to prosecute G4S for either offence and, due to the fact that related proceedings are now active, it would be inappropriate to comment further," it said in a statement.

Mubenga and his wife came to the UK in 1994. His family says that as a student leader in Angola he had fallen foul of the regime and was forced to flee. After a protracted legal battle he was granted exceptional leave to remain and he and Kambana moved to Ilford in Essex, where they set up home with their five children.

In 2006 Mubenga was convicted of actual bodily harm and sentenced to two years in prison following a brawl in a nightclub.

After serving his sentence he was transferred to an immigration detention centre and the process to deport him began.

On Thursday the family's solicitor, Mark Scott, welcomed the CPS's decision to prosecute the guards, adding: "It has been a three-and-a-half year struggle for the family to get to this point and they hope to get on with their lives once this final challenge is met."

The three guards are due to appear at Westminster magistrates court on 7 April.

Deborah Coles, co-director of the Inquest campaign group, which has supported Mubenga's family, said the CPS's decision "reiterates the importance of legal aid for families to be represented at inquests".

"It is legal aid that ensured a robust examination of all the evidence, which has ultimately resulted in today's welcome decision. The cuts to legal aid mean that cases like this in the future may well not receive this kind of scrutiny."