Job creation is sure way to economic growth – Casely-Hayford 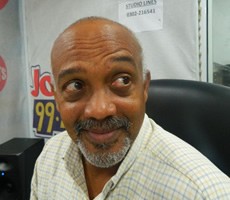 Financial consultant Sydney Casely-Hayford has said that the bottom line in improving Ghana’s economy is to create jobs, but that he fears that party manifestos discussed in last night’s presidential debate may amount to nothing more than empty promises.

Kwabena Nyarko Otoo, Head of the Policy and Research Institute at the Trade Unions Congress agreed, calling the manifestos’ policies solid but expressing the anxiety that the winning party might fail to implement them. If a quarter of any party’s manifesto items were actually realized, he said, this would represent significant progress.

Speaking on Joy FM’s Super Morning Show, Mr. Casely-Hayford said that government should establish and maintain the regulatory framework and institutions to promote business but that its direct role in the private sector need not go further.

He added that government-sponsored infrastructure projects such as the construction of rail lines could significantly enhance private sector growth, which would coalesce around such projects.

He also said that government efforts to boost employment should focus on tertiary graduates because informal employment, through which 55-60% of Ghanaians earn their livings, counts as a form of employment.

He congratulated New Patriotic Party (NPP) candidate Akufo-Addo for proposing to employ some of these graduates through road works, adding that even though most would eventually leave the construction field, the employment would be a good stopgap measure at a time when service firms are hiring slowly.

Otoo suggested that rather than leaving university for a stagnant job market, some students might gain more by staying in school a while longer to learn more skills.

He also contracted Casely-Hayford, saying that most informally employed Ghanaians would choose better work if only it were available.

Along these lines, Casely-Hayford proposed that many informally employed urban dwellers could be enticed to move back to the districts if the government helped them secure their own farmland and access to buyers offering fair prices for crops. Such an approach could curb or even reverse urban growth, he suggested.

Again, Otoo disagreed, replying that while the government should work to make rural employment more fruitful, power is being consolidated in urban centers and Ghana will not develop primarily on the back of agriculture.

Casely-Hayford admitted that while agriculture still employs more Ghanaians than the service sector, the latter constitutes a larger share of the GDP.

He recommended that the government enable the establishment of thousands of small companies to provide services to larger firms and that a greater emphasis be placed on product research and development as well as manufacturing.