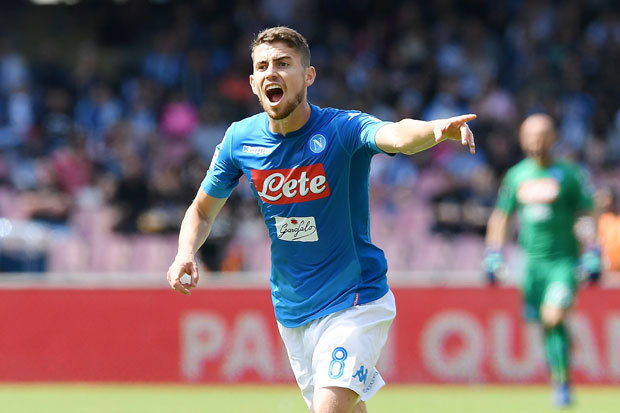 Chelsea have signed Italy midfielder Jorginho from Napoli after Manchester City pulled out of a £50m deal.

On Thursday, City were assured by Jorginho's agent that the player still wanted to join them, despite Napoli president Aurelio De Laurentiis saying the ex-Verona man favoured Chelsea.

"I am absolutely ecstatic to be here at Chelsea," Jorginho said.

"It is not easy to become part of such a big team so I am very, very happy. I am excited to play in such an intense league, for a team that gives everything to play and win."

City now believe they are victims of the protracted talks to take Sarri to Chelsea and that part of the reported £57m fee for Jorginho will cover compensation for the new manager.

City have walked away from deals before when the fees involved got too high, notably with Alexis Sanchez and Riyad Mahrez. And they feel Mahrez's subsequent arrival from Leicester this summer for a club record £60m – much less than they were quoted in January – proved the wisdom of that approach.

Pep Guardiola had viewed Jorginho as a replacement for Yaya Toure, but is now assessing his options.

The return of left-back Benjamin Mendy after missing most of last term means that it is not beyond the realms of possibility that Fabian Delph could be used in a central midfielder role instead, meaning there would be no need to bring in an additional signing.