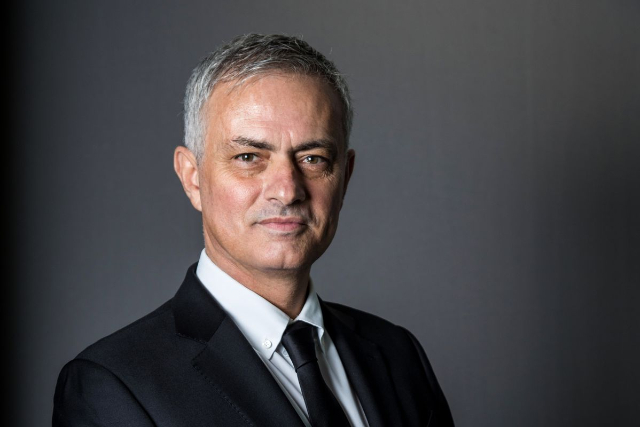 It says, “The Stone Age did not end because we ran out of rocks. It ended because a disruptive technology ushered in the Bronze Age”. In layman terms, the popularity and embrace of music streaming services such as “Deezer” and “Spotify” by music lovers as compared to the ever-decreasing orthodox way of buying music via CDs is not because the world has run out of polycarbonate plastic or aluminum coating.

It simply underscores the nature of disruptive innovations (which remains the same irrespective of industry or sector); it starts by taking root in simple applications and eventually usurps established competitors to become the new wave.

Sports and entertainment have storied events of famous people who have progressed from unfancied innovators after implementing something new and stellar that has become the toast of enthusiasts because they have contrasted current trends and established orders only to become mainstream pacesetters.

In retrospect, 2004 was a landmark year for sports and music. While some mind-blowing feats have turned out to be just a flash in the pan, such as Chauncey Billups and the Detroit Pistons defying all odds to win the NBA Championship – at the expense of a Los Angeles Lakers team comprised of Gary Payton, Kobe Bryant, Karl Malone and Shaquille O’Neal and Otto Rehhagel’s Greek team that won the European Football Championship, others have marked the beginning of greatness and the seemingly perpetual alteration of established norms, structures and trends and this is where the glaring similarities of pragmatism, assiduity, gutsiness and genius between Kanye West and José Mourinho come into play.

American rapper, songwriter, entrepreneur and now gospel artiste’s debut album “The College Dropout” was released on February 10, 2004. It was a watershed moment in Hip-hop. Spanning hit singles on religion (Jesus Walks), materialism (All Falls Down), resilience (Through the Wire), racism (Never Let Me Down) and an ode to great soul artists (Slow Jamz), this body of work was a very awkward deviation from the genre whose marketing appeal to sell records thrived largely on the subject of thuggery, drug dealing, sexual innuendo and gun violence.

“My persona is that I’m the regular person. Just think about whatever you’ve been through in the past week, and I have a song about that on my album.” Kanye said.

If “The College Dropout” receiving the award for Best Rap album in 2005 – was Kanye’s idea generation phase, then a succession of Best Rap Album wins in 2006 and 2008 at the Grammys courtesy his sophomore (Late Registration) and third (Graduation) albums were definitely the incubation and scaling phases that eventually disrupted gangsta rap,s dominance in mainstream hip-hop.

In fact, the perfect litmus test of the paradigm shift was “Graduation” widely outselling 50 Cent’s “Curtis” in first week sales, according to Nielsen SoundScan by 957,000 copies to 691,000, when both artists decided to outdoor their all-important third albums on September 11, 2007. A generation of new school artists notably Drake, Chance the Rapper and The Weeknd as evident in their music, were inspired by Kanye West’s shifting cultural impact on hip-hop.

Having secured an unexpected Champions League title with his former club FC Porto, José Mourinho arrived in England with an apparent swagger in the summer of 2004. At his maiden press conference, his famous quote, “Please don’t call me arrogant, but I’m European champion and I think I’m a special one”, beguiled and pleased both fans and reporters, but definitely not his adversaries. Russian bankroller Roman Abrahmovic’s financial muscle, gave him the privilege of buying world-class talent. Assembling a team assorted with English heart (Joe Cole, Frank Lampard, Glen Johnson, Wayne Bridge and John Terry), Portuguese steel (Ricardo Carvalho and Paulo Ferreira), Cameroon, Nigeria and French experience (Geremi Njitap, Celestine Babayaro and Claude Makélélé), Irish and Dutch trickery (Arjen Robben and Damien Duff), Ivorian fire power (Didier Drogba), Icelandic attacking versatility (Eiður Guðjohnsen) and a Czech pair of safe hands (Petr ÄŒech), “The Special One’s” assertion “We have top players and, sorry if I’m arrogant, we have a top manager” was under scrutiny from the onset.

While Arsène Wenger is often proclaimed as a revolutionary in the Premier League for inculcating healthy diets and modernizing training methods, his one-time adversary – José Mourinho, is likely to be honored with reverence for sparking a tactical revolution in the Premier League through his implementation of the 4-3-3 system; A breath of fresh air and a tactical innovation that offered Chelsea a three-against-two midfield advantage over most English teams accustomed to 4–4–2. In one of his interviews, he said “Look, if I have a triangle in midfield – Claude Makélélé behind and two others just in front – I will always have an advantage against a pure 4–4–2 where the central midfielders are side by side. That’s because I will always have an extra man. It starts with Makélélé, who is between the lines. If nobody comes to him he can see the whole pitch and has time. If he gets closed down it means one of the two other central midfielders is open. If they are closed down and the other team’s wingers come inside to help, it means there is space now for us on the flank, either for our own wingers or for our full-backs. There is nothing a pure 4–4–2 can do to stop things”.

If winning the League Cup at Liverpool’s expense on February 25, 2005 was the hors d’oeuvre of Jose’s tactical recipe, then the main course of the remarkable season was finally clinching Chelsea’s first top-flight domestic title in 50 years coupled with a soupçon of startling toppings; 95-points gained was the highest ever for a single season at the time, fewest goals conceded (15), most away wins at the time (15), and most clean sheets kept (24) in a single campaign. Chelsea had changed from an auspicious football club to a super club by the end of his first spell in 2007; back-to-back league championships (2004–05 and 2005–06), FA Cup (2007) and League Cup wins in (2005) and (2007) further evidence was breaking the back-and-forth-winning duopoly between Manchester United and Arsenal whiles making a mockery of the supposed difficulty of the first season that had plagued foreign managers in the past. Also, in a classic example of “innovate or die”, Mourinho’s tactical 4-3-3 triumph marked the decline of the 4-4-2 system, as most teams including rivals Manchester United and Arsenal later adopted the 4-3-3, albeit in different approaches.

Reiterating Tony Seba’s Stone Age/Bronze Age disruptive technology assertion, Jose Mourinho’ s 4-3-3 tactical innovation did not succeed because the 4-4-2 system had become ineffective nor did Kanye West’s “The College Dropout” album succeed, because gangsta rap had become old-fashioned; in fact, the 4-4-2 system was the perfect blueprint for Wenger’s Arsenal as they won the Premier League title, undefeated throughout the 03/04 season while 50 Cent’s “Get Rich or Die Tryin” gangsta rap album sold 12 million copies worldwide by the end of 2003. Yet, like a classic case of disruptive innovations, both men came, saw, challenged and eventually changed the status quo – apparently forever.

Bio: As a writer & contributor for VAVEL.com, byfarthegreatestteam.com, arsenaldailynews.com and an occasional Radio and T.V. sports pundit in Ghana, Terence has a keen interest in literature, technology and music that influences his style of penmanship.