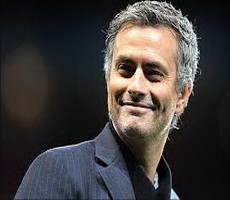 Jose Mourinho has revealed he passed up a chance to sign striker Diego Costa eight years ago when the player was still at Braga prior to signing with Atletico Madrid. The £32 million striker, who will be leading the line in Chelsea’s opening game of the Premier League season tonight at Burnley, was still a teenager learning his game at the time and Mourinho says he was ‘blind’ to the player’s potential.

In the 07/08 season, when Costa was first available, Chelsea already had strikers Didier Drogba, Nicolas Anelka, Andriy Shevchenko and Claudio Pizarro on the books, not to mention Salomon Kalou offering further backup and Israeli Ben Sahar breaking through from the academy. With Costa not yet having made his impact on the game, perhaps it’s no surprise that Jose decided not to take the plunge at the time.

It’s also noteworthy that he was engaged in a feud with Roman Abramovich at the time over the signing of Shevchenko without his permission, leading to his departure from the club barely two months into the new season, so his priorities may have been elsewhere.

Nevertheless, Jose believes Costa has all the qualities to succeed and played down the image of Costa as an aggressive player, noting somewhat romantically that ‘he’s still the guy that comes from a very small village behind the sunset’ and ‘is still that naive, pure, simple, humble guy.’

Mourinho also restated that he’ll be sticking to his plans this season, believing his squad to be strong title contenders despite not winning any trophies during their first attempt since his return.

We have to be good, to be better than last season, in everything. We have to fight for titles, and after that if somebody is really better than us, it’s because they were fantastic.’