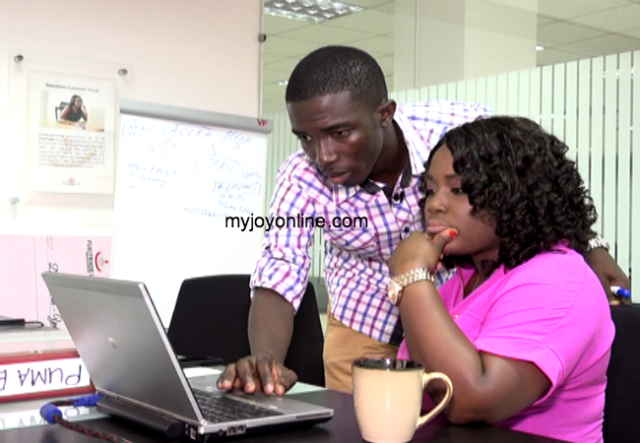 The roll out of the deregulation policy by the National Petroleum Authority (NPA) in June last year meant Oil Marketing Companies (OMCs) could set their own fuel prices. It’s made it very difficult to keep track of fuel prices these days.

But that gave birth to FuelConnect App. Two tech geniuses thought, “If fuel consumers are going to have it tough determining the price of fuel at various fuel stations, why don’t we make it easier for them”.

Mavis and Nana Amoa met through a common friend at the time there was plenty talk about the deregulation policy.

It took a year to create the FuelConnect App; days of work and tests.

“We focused on android initially, and explored just launching android, then we realized we may end up with a hole in the market. Another thing was the logistics involved. That took a lot of time and resources because we needed to input the location of the various outlets, as well as gather data on the prices”, the duo explained.

Putting together the app entailed exploring various data gathering mechanisms. “Some didn’t go to well”, the two admitted. It was a difficult task having to update the information.

The app was launched in July this year and has eleven OMCs signed on to it. Consumers can download for free on their play store or app store. The response has been great so far.

The two are currently looking forward to building a presence enough so that OMCs themselves trust the brand enough to update the prices.

The business is currently self-funded. “Right now we are sinking our own savings into it. We want to get this done, so we want to put some money into it to get it done. We hope to build our business model better so it can start paying for itself”, they indicated.

Mavis and Nana Amoa take inspiration from Facebook’s Mark Zuckerberg and Amazon’s Jeff Bezos respectively. Now the two are working to increase the number of OMCs on the app, expand their reach and increase patronage. They’ve got a team of 8 other people working with them.