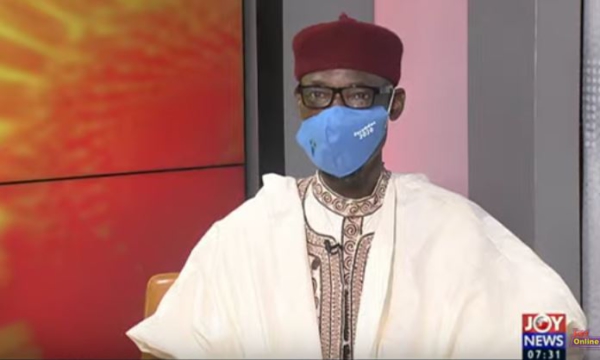 A member of the National Peace Council and Spokesperson for the National Chief Imam, has praised the media, specifically Joy News, for its role in ensuring a peaceful atmosphere in the country ahead of the December polls.

Sheikh Aremeyaw Shaibu has observed that Joy News’ Manifesto Tracker has helped in curbing electoral violence as it has encouraged the leaders of the 2 main political parties as well as voters to focus on national discourse.

“Let me commend you the media people, in fact, Joy News particularly and other stations…this year, you have been very helpful. You arrested the centre of our national discourse and you compelled politicians to really discuss issues, like your Manifesto Tracker, and those things,” he said.

He noted that the Manifesto Tracker has helped shift the attention of electorates from violent activities to more substantial issues of national concern, thereby making the candidates evaluate their conduct.

Joy News’ Manifesto Tracker engages representatives from the various political parties and stakeholders on issues of national development ahead of the December 7 general elections.

“So they didn’t get the chance to be insulting and holding those big rallies but they focused, knowing that it’s about records,” he said.

“And so you leave the voters to assess you on the grounds of what you have done before and what you say you intend to do. If it meets their expectations then they decide to vote for you,” he added.

Speaking on the AM Show on electoral violence ahead of the December polls, he said the National Peace Council is “conscious that with the approach of any election season, tensions go up and the issue of violence and security takes the centre stage in our public discourse”.

The Sheikh explained that the Council has taken its regional coordinators through training, held peace and civic education sessions, pre-election political environment assessment among others as part of plans for this year’s election.

Sheikh Shaibu also observed that the sudden loss of Jerry John Rawlings within weeks of the elections brought down political tensions and made Ghanaians more solemn. This, he believes help limit political violence this year .

“It’s as if his (J.J. Rawlings) passing away has come with blessings because the whole country has him at heart, we all love him and with the reverence of the good things he has done. So in respect of that, the whole state, even politicians placed a hold on their campaign activities, and for me, it brought down the tension,” he noted.

In addition to that, he believes that the safety protocols that Covid-19 has imposed on society, particularly social distancing will also help curb any election-related violence.