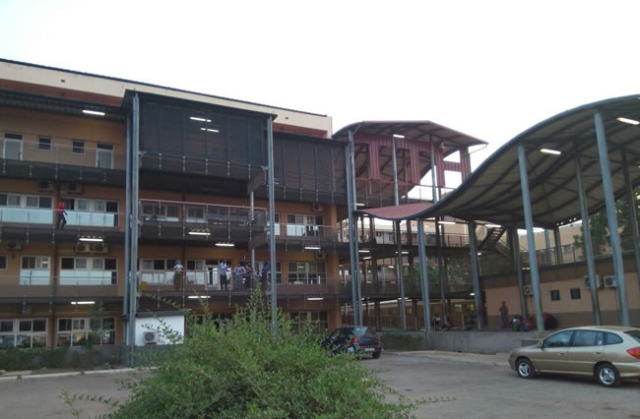 Joy News has uncovered how the Tamale Teaching Hospital (TTH) awarded a contract to supply drugs of over ¢200,000 without due process.

A special audit report by the hospital revealed that there was neither an evaluation exercise nor a tender committee approval for the award of the contract.

A former Director of Pharmacy, Nicholas Adjimani, cited in the controversy has mounted a strong defence.

In the second part of Joy News’ hotline documentary ‘Robbing The Sick’, Kwetey Nartey, takes a look at more of such irregular contracts.

For such contracts to be awarded, procurement approval must be sought from the Public Procurement Authority.

This is followed by an evaluation of the bids of the interested parties and a report is submitted to the entity tender committee for final approval.

However, in the TTH case, these were not done.

In a special audit of the Pharmacy and Procurement unit of the Hospital in 2013, the procurement records revealed there was no evidence of evaluation report and tender committee minute for the contract awarded for the supply of drugs valued at over ¢200,000.

What this means, according to the audit, is that there was neither evaluation exercise done nor tender committee approval for all the awards.

This claim has been challenged by the man at the centre of the controversy, former director of pharmacy, Nicholas Adjimani.

He told the Joy News reporter his responsibility at the Tamale Teaching Hospital was to provide expert advice and not to award contracts.

According to the audit report, the examination of the award letter showed that the then Director of Pharmacy signed all the contracts in the name of the then acting CEO of TTH, Dr Prosper Akambong.

It stated that the act was awfully deceitful as it was made to appear as Dr Akambong signed the award letters.

And concludes that, it was administratively wrong to sign documents in someone’s name. But, the former director of pharmacy claims the proper procedures were followed.

He said what accounted for the lapse is that the initial supplier failed to meet its commitment.

“We didn’t have enough storage space so it is important that we procure these items in bits and pieces taking into consideration expiry dates and all. So, we went through the whole process,” he said.

He said there was a letter of approval from the CEO he said.

But, minutes of an audit implementation committee meeting sighted by Joy News blamed the award of the
contract without due process on administrative lapses caused by poor communication between the then chief executive and the department of pharmacy.

The conclusion by the board, according to the documents, was that those transactions need to be regularized and directed the former head of pharmacy to retrieve all letters he signed from suppliers for valid ones to be signed by the CEO of the Hospital.