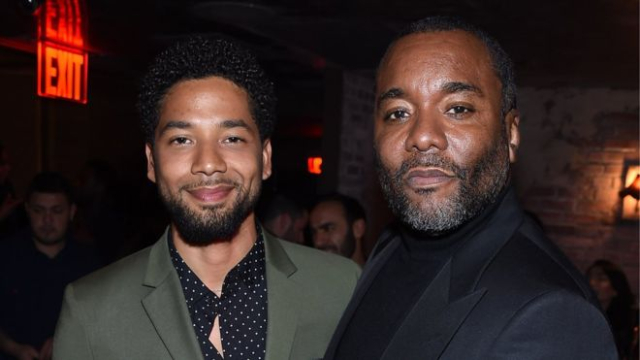 The creator of TV show Empire, Lee Daniels, has spoken about the "pain and anger and sadness and frustration" he and his cast have gone through over the Jussie Smollett case.

Posting on Instagram, the writer-director said he and his team "really don't know how to deal with it."

Jussie Smollett, one of the main cast members of Empire, is accused of faking a racist, homophobic attack on himself in Chicago in January.

He's pleaded not guilty to the charges.

Lee Daniels, who has made films such as Precious, started his video by saying: "These past couple of weeks have been a freakin' rollercoaster."

He adds that Empire "was made to bring America together" and to "talk about the atrocities that are happening right now in the streets."

Jussie Smollett has been suspended from the show since he was accused by Chicago police of staging the attack.

The 36-year-old recently pleaded not guilty to the claims in court.

The alleged attack happened on 29 January. The actor claimed to have been punched in the face, had an "unknown chemical substance" poured on him and a rope wrapped around his neck.

An outpouring of support from co-stars and fellow celebrities, including Viola Davis, Ellen DeGeneres and Naomi Campbell, followed.

Lee Daniels posted an emotional message on Instagram, where he said: "Hold your head up Jussie. I'm with you".

He's since deleted the post and had stayed relatively quiet. 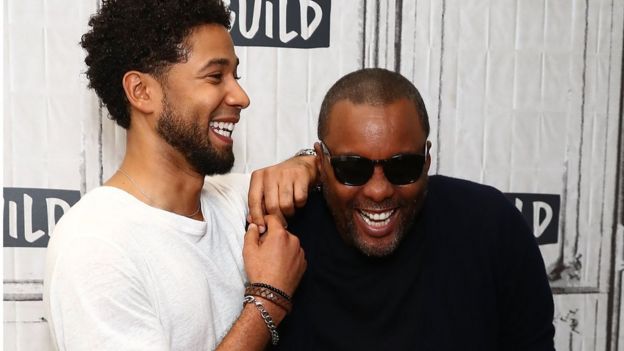 After some investigation, Chicago police arrested Jussie Smollett after he handed himself in.

The police said Smollett "took advantage of the pain and anger of racism to promote his career".

But his lawyers issued a strongly-worded statement after the hearing, calling it an "organised law enforcement spectacle".

The actor is due back in court on 17 April.