Kabu Nartey writes: In my country Ghana, football is politics 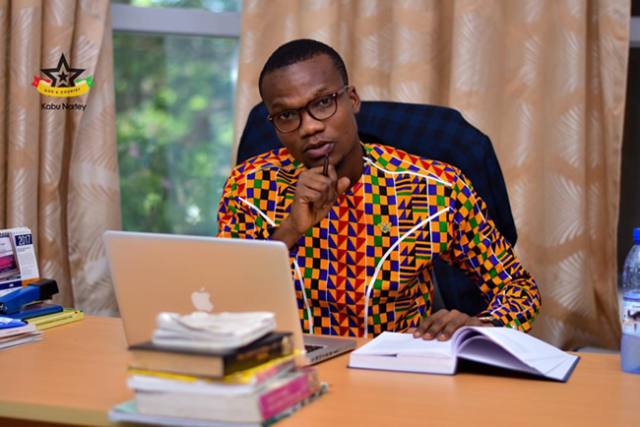 It is relieving Ghana Football was dissolved a year ago because it was simply anachronistic to the aspirations of the Ghanaian child as well as the Politician. The revolution that occurred was the best drama any football fanatic would wish for after a rather boring political year. The normalization process has also come with its own version of politics. Finally, the administrative and political leadership of Ghana Football has been restored as the first step to rebranding and reinvigorating the defunct group. Whilst congratulating the newly elected executives, I wish to caution to encourage.

Ghana football has moved from mere passion to cash. It has moved from just giving instructions and hoping fans follow without questioning. In fact, Ghana today is not used to being “Ghana” again.

The game has become synonymous to politics, like why would a former GFA president, Kwesi Nyantakyi say “I have the president in my pocket’. Why do you think the gallant Stars, just like many players of national teams in Africa, would sing the chorus of “money na hand back na ground”? And why do you think such demands couldn’t have compelled a former Minister of Sports to transport by air, naked cash to give to players before they play. Not forgetting the hefty bonuses made available as bait in order to break the over three decades of no trophies. And why do you think sitting presidents make appearances during training of the stars with the aim of motivating the stars ahead of big tourneys and games? And wait, I hear George Afriyie lost because of the new football politics called the ‘Nyantakyi Theory”

Consequently, to match the new form this game is taking plus the increasing expectations, the leader of this new dawn must serve with a political lens while managing with administrative hands. Decisions ought to be strategic, revolutionary but all-including.

It took politics of corruption, match-fixing, nepotism, exhaustion and misappropriation for the beautiful game to be destroyed. It was through the politics of moneyocracy that the spirit of patriotism, selflessness and goodwill for a nation’s pride, was lost. It will, therefore, take good political leadership to restore back this lost pride.

The healing of our land (pitch) starts off with the politics of psychology. It must begin from feeling and seeing something new on the part of the new GFA leadership led by newly elected Kurt Okraku. A  fresh wind should be felt first by the people and it should gradually manifest physically in the management of GFA, coast football, women sports, and out pride the Blackstars

This is because in my country Ghana, politics are among the few things we eat and drink every day and night. Our sports, especially football becomes a menu served in every government but try hard as they may, we couldn’t succeed in cooking that dish. The next president of Ghana is likely to say to the stars, “Win the next AFCON or World Cup to shame my opponents”.

Also, like politics, we approach issues of football with unapologetic utterances and unyielding ideologies. And more than ever we watch any leader in such administrative-politico position with the eyes of an eagle because we have learned the game is also fraught with corruption.

Our politics in football evolves around the national team, the Black Stars of the Republic of Ghana. Like a socio-politico economy, we spit ‘ogya’ (fire) when the wrong substitution is made by the coach on the football pitch when the season delays or when the coach refuses to see to substitute a worn-out player.

On the other hand, we shower appellation on you like a god when you brand our local league to rig in the necessary revenue as well as when you call up the right players for the big occasions. In fact, we are coaches and the GFA President, de facto.

The Writer (Kabu Nartey) is a 2017 Kufuor Scholars Fellow. He is the 2018/2019 best graduating student in print journalism and the 2019 most promising journalist of GIJ.