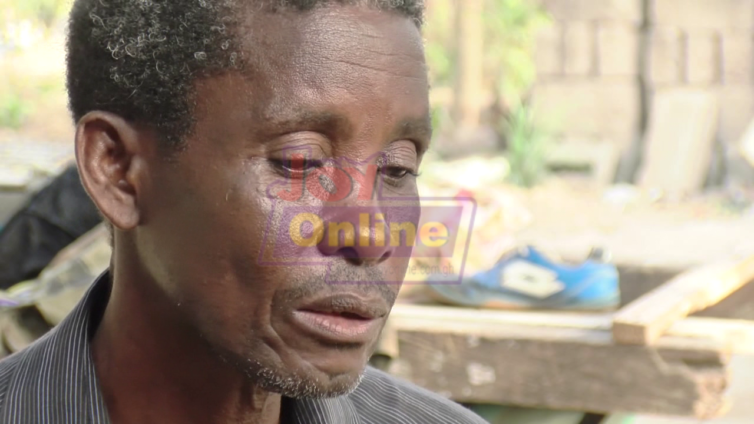 Noah Kani is the Grandfather of the second accused, Nicholas Kwami Kani

Evelyn Kani, mother of the second accused, Nicholas Kwami Kani standing trial for the alleged murder of the 10-year-old boy at Kasoa, has refused to visit the son in cells.

Speaking to JoyNews, the grandfather of the suspect, Noah Kani, said despite calls on his daughter to show compassion in these difficult times, the mother has maintained that she does not want to be associated with her son.

He explained that the conduct of the 18-year-old has brought shame to the family.

“As for his [Nicholas’] mother, she says she can’t stand looking at her child. She is saddened by the situation.

“We all hoped he will have a brighter future but what he has done is just disgraceful,” he said.

Nicholas Kani, 19, and Felix Nyarko, 15, are standing trial for the murder of the 10-year-old Ishmael Mensah Abdullah at Kasoa in April this year.

The two accused persons appeared before the Kaneshie District Court on Monday.

During the hearing, the first accused revealed they were also involved in the murder of a pregnant woman.

Although Felix Nyarko did not say when exactly they murdered the pregnant woman, he said the murder of Ismael Mensah Abdullah was not their first time killing.

The juvenile told the court that Nicholas was his accomplice in that act.

Felix stated that the agony the ghost of Ishmael Abdullah has taken him through made him confess to committing such dastardly acts.

Meanwhile, the lawyer for the duo, Samuel Attuah, says the revelation came to him as a shock.

“The confession about the murder of the pregnant woman came to me as a surprise because I had a conference with them and told them that anything they say will be used against them, so they are at liberty to state exactly what they know.

“But they didn’t mention to me that they have seriously committed such an offence, so it really came as a surprise,” he said.